Despite a bunch of new releases this Friday, the Marjaavaan and Bala have started their new week at a steady note & showing a positive uptrend over the weekend. While the new Hindi releases are even lagging behind the new Hindi film Pagalpanti. 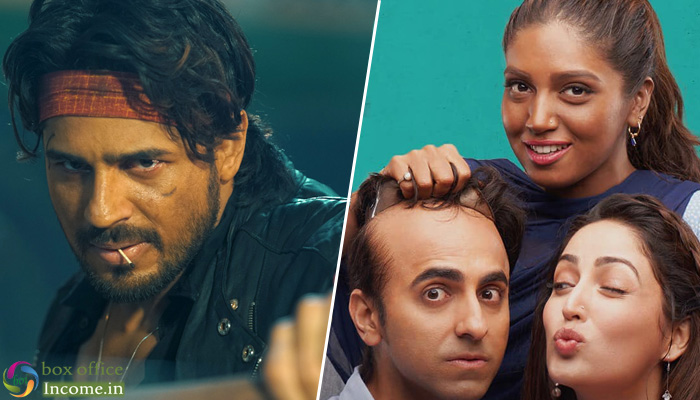 Riteish Deshmukh, Sidharth Malhotra, Tara Sutaria and Rakul Preet Singh starrer Marjaavaan was started its journey at a decent note due to mixed reactions and did the business of 37.87 crores in the first week with 24.42 crores in the weekend and 13.45 crores on weekdays.

Milap Zaveri’s directorial romantic action drama is now running in the second week and minted the amount of 1.09 crore on its 2nd Friday. On 2nd Saturday, with a decent jump, it managed to collect 1.64 crores and raised 9 days total domestic collection to 40.60 crores nett.

In parallel, Ayushmann Khurrana, Bhumi Pednekar and Yami Gautam starrer comedy-drama Bala has also lived up to the expectations and gained a good word of mouth. In the last 2 weeks, it had scored 98.80 crores with 72.24 crores in the first and 26.56 crores in the second week.

Amar Kaushik’s directorial had started its second weekend at a good note and collected 1.35 crores on its 3rd Friday. On the next day i.e. 3rd Saturday, with a noticeable jump, it has managed to collect 2.50 crores and raised its 16 days total collection to 102.65 crores nett at the domestic box office.