Sidharth Malhotra, Riteish Deshmukh, Tara Sutaria and Rakul Preet Singh starrer Marjaavaan has registered an average second week after showing a fair performance in the first week. Due to the new release Bollywood Pagalpanti, all the existing offerings at the Indian box office have recorded a dent in business. 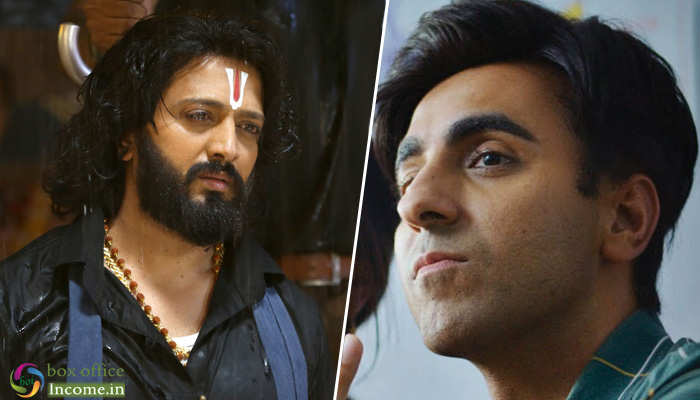 T-Serires and Emmay Entertainment’s presentation has maintained some pace in the second week and remained almost steady. In the second weekend, it did the business of 5.05 crores which included 1.09 crore on Friday, 1.64 crores on Saturday & 2.32 crores on Sunday.

On the other hand, Ayushmann Khurran, Yami Gautam and Bhumi Pednekar starrer Bala has also gathered a good word of mouth and did the business of 72.24 crores in the first & 26.56 crores in the second week. In its third weekend, it had scored 7.07 crores with 1.35 crores on Friday, 2.50 crores on Saturday & 3.22 crores on Sunday.

On weekdays, Amar Kaushik’s directorial had witnessed a slight drop and minted the amount of 1.05 crores on 3rd Monday, 1.15 crores on 3rd Tuesday & 0.91 crores on 3rd Wednesday. With the almost similar response, the film has bagged 0.90 crores and raised its 3 weeks total collection to 109.88 crores nett.