Taking the audience through his day and giving us a fully fun packed insight, Maniesh Paul showcased the entertaining as well as emotional aspects of the shoot for India’s Best Dancer Finale episode. In one of the segments, Shilpa Shetty and Maniesh Paul take on the filp bottle challenge. While Shilpa Shetty was flipping, Geeta Kapur who is the Co-Judge along with Terrence Lewis commented on her skills “Ye kya hai Babes? Ye tune Pakda hai Bottle… haath me Taqat hai? 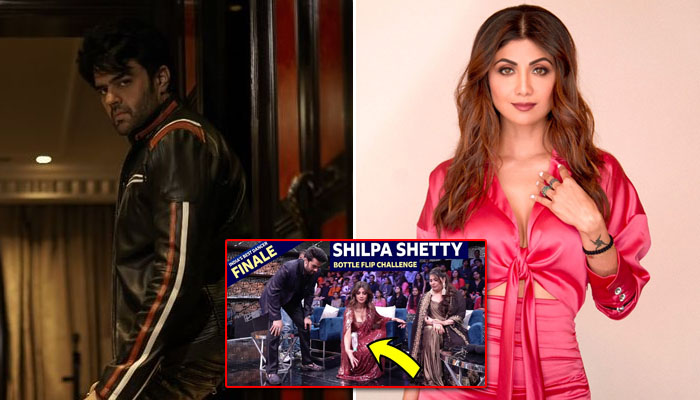 Soon they shifted flipping the bottle from the table to the floor and it was hilarious to watch Maniesh and Shilpa compete in an competitive yet funny way. With his Vlog, Maniesh took us through the bond the contestants, Crew and the whole team of India’s Best Dancer had formed during this season, wherein the host acted as the glue who held them all together.

Maniesh is known for his hosting skills and even touted as the Sultan of Stage. Recently, Guru Randhawa praised Maniesh Paul on the sets of India’s Best Dancer, owing the entertainment quotient of the show to him and his quick wit and spontaneity. India’s Best Dancer had been one of the highest rated shows on television and finale was a star studded affair with Badshaah and Mika Singh amongst others gracing the show.

Last year, the actor-host also launched ‘The Maniesh Paul Podcast’ offering a platform for people from different walks of life to present their untold stories while making a difference in the world. After actors like Bharti Singh, Sharad Kelkar, Pragya Kapoor, Elli Avram, and Prajakta Koli amongst others.