Recently, pop sensation Guru Randhawa in collaboration with Bhushan Kumar dropped a glimpse of his debut album ‘Man of the Moon’. This dream team that has churned out some record breaking tracks including High Rated Gabru, Lahore, Ishare Tere, Naach Meri Rani, Dance Meri Rani and Designer; is all set to enthrall the audiences again with this electrifying album along with its first video song releasing on 22nd August 2022! 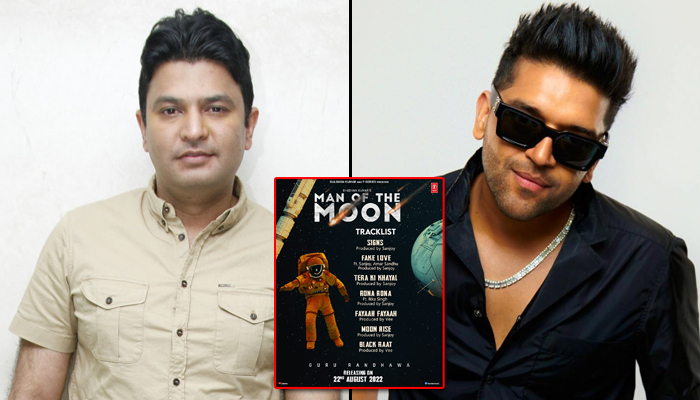 Being this Guru’s debut album, it holds a special position in the singer’s heart. From being an independent artist to working in Bollywood, Guru continues to follow his roots of releasing independent songs and provides fans with a musical feast yet again.

Bhushan Kumar, Managing Director & Chairman, T-Series says, “Man of the Moon is Guru’s long awaited debut album! We are thrilled to bring this to our audiences as each song has a new sound and vibe that is very catchy to the ears. Right from their beats, to lyrics, this uplifting album will definitely appeal to everyone!”

King of pop Guru Randhawa adds, “I’m very excited about this album because we have such a great line-up of tracks, each very different from each other and I can’t wait to drop them for my fans. It was a pleasure collaborating with Bhushan Kumar on this one because he had some great inputs on the album and is truly a master of his craft.”

Produced by Bhushan Kumar under the T-Series banner, Guru Randhawa’s latest album ‘Man of The Moon’ will be out on the 22nd August 2022.