National award-winning filmmaker Kaushik Ganguly’s directorial ‘Lokkhi Chhele’ becomes the only Indian film to have been awarded a place in the Official Selection in the International Competition Section at the Academy of Motion Pictures (Oscars) affiliated Heartland International Film Festival 2020. 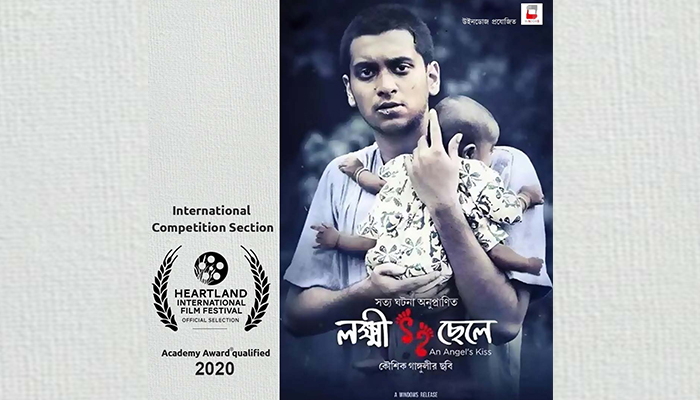 Nandita Roy and Shiboprosad Mukherjee’s Windows is recognized for delivering content-rich films which have curved an inimitable niche not only within the Bengali diaspora but across India. They have always made sure to create admirable movies with incomparable subjects. Windows have always been of huge support for talented young directors and debutant actors as well as brought on-board distinctive concepts from reputed, distinguished and award-winning directors.

This time the audience is in for a treat, as for the very first time national award-winning filmmaker Kaushik Ganguly has joined hands with Nandita Roy and Shiboprosad Mukherjee for their movie ‘Lokkhi Chhele’ which has been selected at Heartland International Film festival for festival screening.

The film is both scripted and directed by the director himself and the producer duo has left no stone unturned to ensure that the movie comes out at its best. ‘Lokkhi Chhele’ tells us a story of unconditional love and compassion in a dark hour of disenchantment and cynicism, where religion is the impetus for civil war when crippling superstition and stubborn faith has blinded an independent nation. In the end, the only religion that stands strong and undefeated is humanity.

In this film, for the very first time, Kaushik Ganguly has directed his son Ujaan Ganguly who has played the male lead in the film. Ujaan embarked on his film journey with ‘Rosogolla’, a film under the banner of Windows Productions.