With the unprecedented success of the KGF franchise, Yash has become a flagbearer of taking the name of the Kannada industry above the boundaries and holds all the credit to make its name shine on the global map. 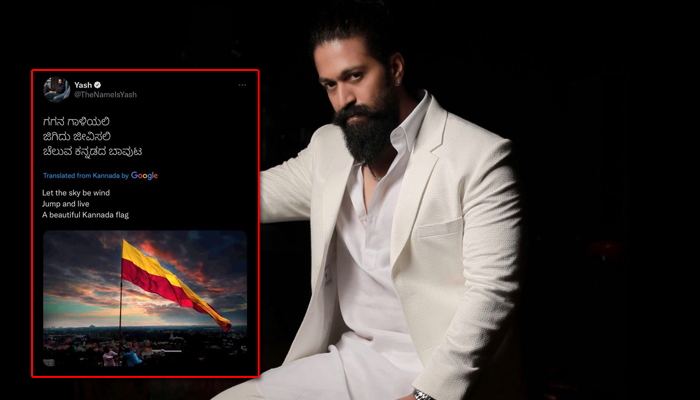 As the nation is celebrating Karnataka day, Yash took up the opportunity to express his pride in the growth of the industry while he shared the Kannada flag.

While taking to his social media, the Rocking star shared a picture of a flying Kannada flag on the occasion of Karnataka day. He expressed his pride and glory of the flag in the caption writing –

With the phenomenal success of KGF 2, which created a record in the Hindi market with its phenomenal opening of 54 Cr. on the very first day, it also booked a phenomenal collection on the global front with a collection of 1200 Cr. Moreover, Yash is a superstar who has registered his distinct charm in the hearts of the audience as Rocky Bhai.