The wait is finally over! All the movie and cricket enthusiasts were treated to the biggest and most highly-anticipated trailer of the year – ‘Laal Singh Chaddha’ featuring Aamir Khan, Kareena Kapoor Khan, Mona Singh and Chaitanya Akkineni. 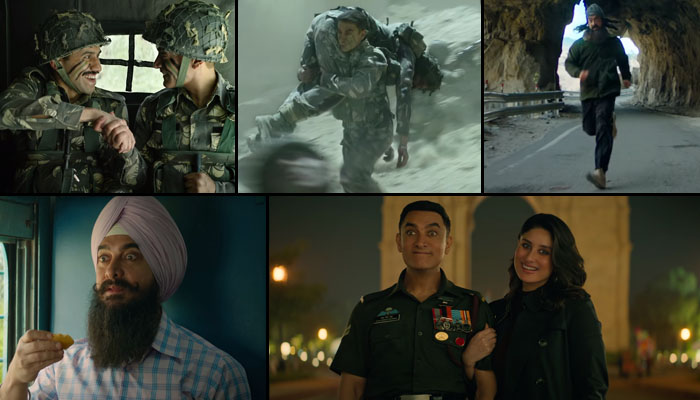 Touted to be one of the biggest releases of the year, the trailer of Laal Singh Chaddha was launched with huge fanfare today on television amidst the T20 finale match that gave the cricket and movie buffs across the world an adrenaline rush. This is the first time ever that a film is going grand to this scale with its trailer launch on a world television platform and the sports world.

The impressive trailer of ‘Laal Singh Chaddha’ took the audience and especially fans of Aamir Khan on an emotional and spellbinding ride giving us a glimpse into the fascinating and innocent world of Laal Singh Chaddha. Get ready to watch the world through the childlike eyes of Laal Singh Chaddha. His slow-witted approach and childlike optimism are the driving force of the movie whereas his sweet bond with his mother and his fondness for his childhood love is the USP of the film.

Apart from that, the movie which has been shot at multiple picturesque locations, exhibits the Indian heritage in its tranquil form. Not to forget, Laal Singh Chaddha’ also brings together the successful pair of Aamir and Kareena Kapoor Khan post the blockbuster ‘3 Idiots’. While their cute chemistry has impressed many, the trailer of ‘Laal Singh Chaddha’ has surely lit up our hearts and fuelled our souls. Mona Singh too looks in top form in the role of Aamir’s mother in the film.

After the release of Secret Superstar, Aamir Khan and Advait Chandan has reunited for Laal Singh Chadda. Produced by Aamir Khan Productions, Kiran Rao, and Viacom18 Studios, the film has been postponed several times due to the coronavirus pandemic. However, it is now all set to release on 11th August 2022 in theatres worldwide.