2022 marks the year of the South. To add to the same, the Kannada Film Industry has come out as a powerful force to reckon with in the past 10 months. 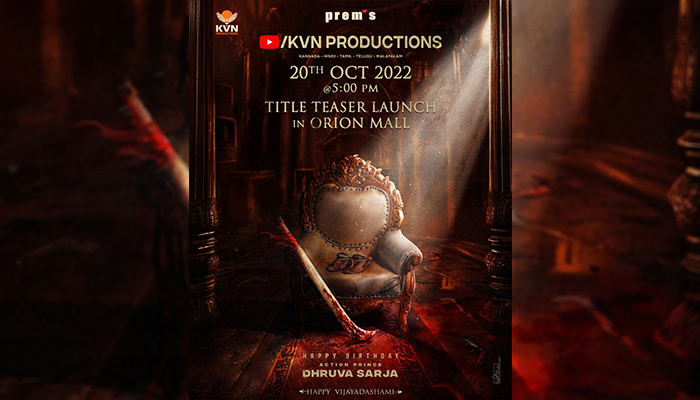 From KGF 2 to Charlie 777 and Vikrant Rona to the most recent, Kantara, it has been one blockbuster hit after another. In 2022 itself, Kannada films have cemented themselves as the largest industry in India as their joint collections of 5 films surpasses, 1851 Crores!

Now, KVN Productions, one of the leading production houses in the Kannada Film Industry, is all set to unveil a grand title teaser for the very first Pan India Film from the Karnataka region.

The move is tentatively known as #KVN4 and is integral to the industry because this is the very first time that a film will be conceptualised on a Pan India scale, a feat that has never been attempted before.

All eyes are on Team #KVN to see what is in store for us!