The ever-growing fandom of Rocking star Yash has set new records with the release of KGF Chapter 2. The actor has not only built a new Yash army of his loving fans across the nation but has also collected a huge profit at the box office. Now the film has completed 100 days since its release and the craze of the film doesn’t seem to settle down. 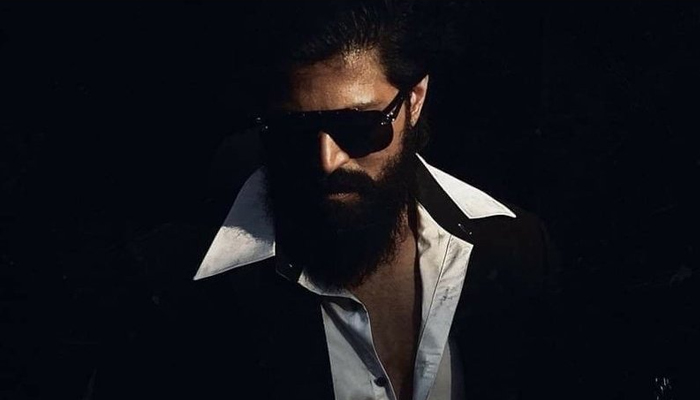 Yash’s brilliant performance in the film truly owned the character of Rocky Bhai. The actor has completed 14 years in the industry and enjoys a huge fanbase all across the nation today. Coming from a simple background Yash is among those few names in the industry who have established themselves without any backing. The self-made star from the Kannada films made his place on the global front after the success of the KGF franchise.

Yash’s firm belief in the film and its craft has enlightened his vision of putting the Kannada film industry on India’s map. It is the sheer dedication of the actor who has given 8 years to this film without signing any other projects as a result the star today holds all the credit to bring not only the Kannada film industry but India also to the global level. Moreover, Yash is a recipient of three Filmfare awards for his film, Moggina Manasu, Mr. and Mrs. Ramachari, and K.G.F: Chapter 1, which speaks a lot about his amazing acting spectacles.

Well bestowed to be as Messiah, With the release of KGF Chapter 2, the Rocking star Yash has truly redefined the definition of a blockbuster in the post-pandemic period and played a significant role in reviving the dull phase of the box office. Released on 14 April 2022, the film has delivered a lot more than expected. Be it the dashing charm of Rocky Bhai, a daredevil Villian Adheera and most importantly the story that took up the charm of its first chapter to another level in the second one, every aspect of the film has created a rage. But a true example of its international recognition was seen when Manchester City, the English football team posted a photo on Instagram of its three-star players, Kevin De Bruyne, lkay Gündoan, and Phil Foden, with the words ‘K.G.F, Kevin Gundo Foden’ written plainly on the shot. ‘Our very own KGF!’ said the caption.

After the release of KGF Chapter 1, the audience was eagerly waiting for the release of chapter 2 and as soon as it hit the big screens it went on to own all the records on its name. While the film collected the number of Rs. 430 Cr. in the Hindi version alone it went on to register its name as the most successful Hindi film of all time after Baahubali: The Conclusion. The film went on to register its name as the 3rd highest-grossing Indian film and has been performing extremely well on the OTT till date. While in the domestic market the film has collected numbers around 900 Cr., it certainly collected the figure of around 1100+ Cr. on the global front. The film has also emerged as the first ever film to score 90+ on Ormax Power Rating in all 5 languages (Kannada, Hindi, Telugu, Tamil & Malayalam). Moreover, the film is also among the Most Popular Indian Films of 2022 with ratings of 8.5 on IMDB.