The ‘KGF Chapter 2’ storm is only getting bigger with each passing day! As the release date of the magnum opus nears, the anticipation has been growing at unprecedented levels. Matching the pace of previous records set for advance booking by behemoths like – Baahubali and Spider-Man, the figures from the advance booking indicate a massive opening collection for the sequel to the cult franchise. 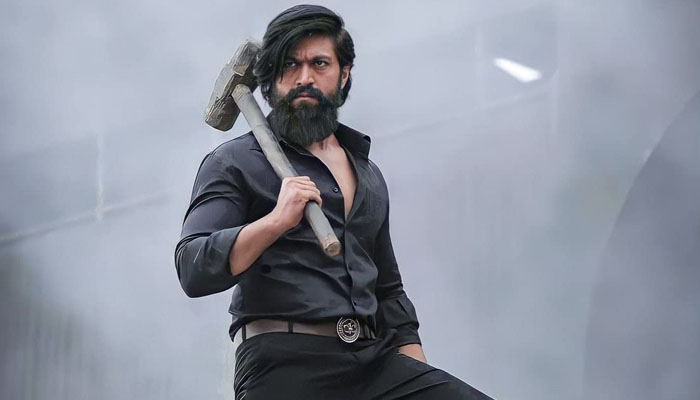 After becoming the most viewed trailer within 24 hours, the KGF team has been traversing across the country, meeting with the press, fans, and has experienced the palpable impatience of the country for the movie to release. Unsurprising that the ‘Rocky Bhai’ and ‘KGF’ fandom has been taking over the country, but the initial figures from the cinemas fortifies the belief that Chapter 2 could be one of the biggest films in Indian cinema in a post-pandemic world.

Devang Sampat – CEO, Cinépolis India, said, “Seems like the KGF wave is all set to take over the country yet again with its chapter 2, the advances of the movie clearly indicate a mammoth opening day, Cinepolis was one of the first cinema chains to open advances and we are confident that KGF Chapter 2 will find it’s place right up there with the biggest franchise movies.”

Amar Laykar – PVR Cinemas, said, “KGF set for an explosive weekend! The film has seen massive advance booking at our properties. Post Pandemic KGF is ready to set new records. We at PVR are super excited for this MONSTER.”

Releasing nationwide on April 14, 2022, in Kannada, Telugu, Hindi, Tamil and Malayalam, K.G.F.: Chapter 2 is written and directed by Prashanth Neel, one of the most sought-after directors, and produced by Vijay Kiragandur, under the Hombale Films banner.

One of the emerging pan-India production houses, Hombale Films is set to showcase some of the biggest films in Indian cinema over the next two years, including the much-awaited film ‘Salaar’ starring Prabhas. The film is being presented in North-Indian markets by Ritesh Sidhwani and Farhan Akhtar’s Excel Entertainment and AA Films.