In the last few years, Bhushan Kumar has climbed the charts to be the top producer in Bollywood. Similarly, Kartik Aaryan has turned out to be a bankable star delivering one hits after another. On the other hand, you have Om Raut who made a stellar debut with Tanhaji: The Unsung Warrior that continues to set the Box Office on fire. 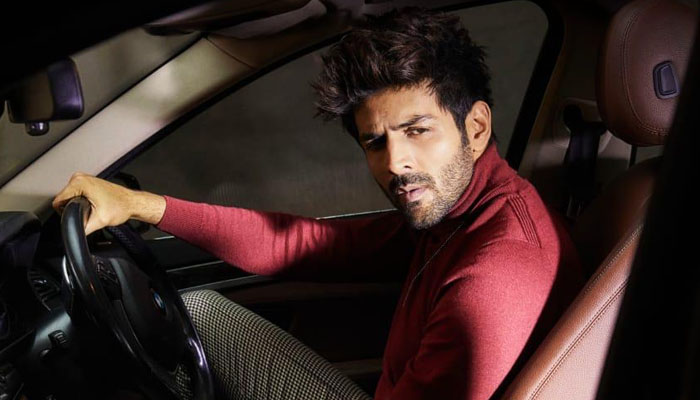 So what happens when not one or two but three successful creative brains come together for a film? It turns out to be one of the most awaited films of the year! Now, all three of them are coming together for a special film. Om’s next directorial will be prouder by Bhushan Kumar’s T-Series and will have Kartik playing the male lead.

It’s an action thriller in 3D which will be a visual extravaganza to be shot in India and various locations abroad. The remaining cast is yet to be finalized. With this mega budget action film, Bhushan Kumar will reunite with Kartik Aaryan after SKTKS, Pati Patni Aur Woh and Bhool Bhulaiyaa 2. Further, Bhushan Kumar and T-Series will team up with Om Raut & Retrophiles Pvt Ltd. to produce the thriller.

Bhushan Kumar, who has been delivering blockbusters in different spaces, confirms the news and says, “It’s been a long successful association with Kartik right from SKTKS, PPAW and now Bhool Bhulaiyaa 2. With the script Om has written, Kartik fits the role to the T. It’s Om’s vision and passion for cinema which I saw with Tanhaji which made me want to back his next as well. This will be T-Series’ first with this kind of a movie which will be a fast paced action film on a heist.”

The lead actor of the film Kartik shares, “I’ve been keen to do an out and out action film since a while, and Bhushan sir knew about it. I recently watched Tanhaji and was completely blown away by not only the spectacular visuals but also the narrative style. Om Raut’s vision when it comes to action storytelling using 3D is unparalleled. I’m super excited to be a part of his next film and can’t wait to start work on my first action movie.”

The director adds, “I am happy to associate with Bhushanji again after Tanhaji. He supports my vision to create my next. In the initial stages of the script itself I knew Kartik would fit the character well and I am glad to have him on board.”