Heartthrob Kartik Aaryan, who has busy with back to back shoot schedules, was spotted at Juhu on Wednesday. We hear that Kartik visited to dub for Dhamaka Trailer, a film that he has wrapped earlier this year. 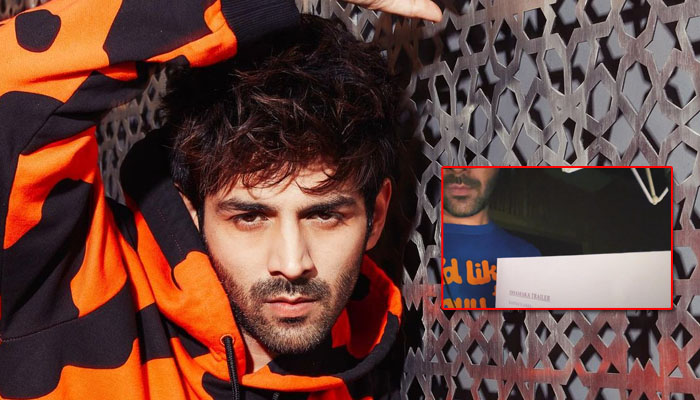 Taking to Instagram Story, Kartik shared a clip of himself behind the mic and even gave fans a glimpse of his script. Going by the clip, the actor wrapped up dubbing for the film and the trailer that is expected to be out soon.

‘Dhamaka’ will reportedly give a bird’s eye view into the workings of a news channel in the 21st Century. It also stars Mrunal Thakur and Amruta Subhas in prominent roles.

Kartik Aaryan is undoubtedly the most bankable star of B-town right now!