Kartik Aaryan and Kiara Advani recently enjoyed a massive a success together after playing a couple onscreen in the horror comedy Bhool Bhulaiyaa 2. The couple is all set to return to the big screen with yet another film but this will see them in a romantic avatar. On the occasion of Kiara’s birthday we got a glimpse of their next titled Satyaprem Ki Katha. 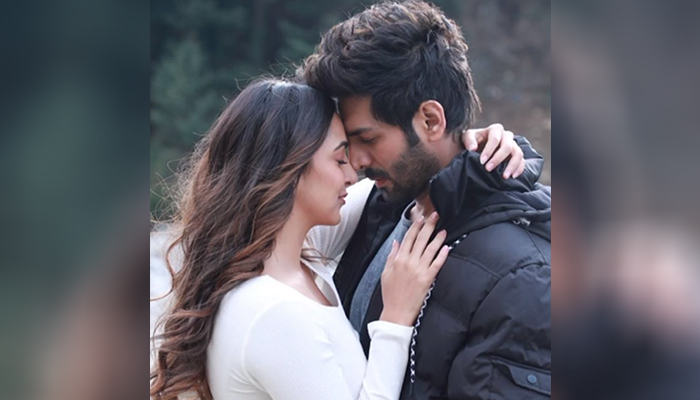 Kartik Aaryan surprised his co-star Kiara Advani on the day of her birthday by sharing a photo of the two together from their forthcoming film Satyaprem Ki Katha. The film will feature him playing the role of Satyaprem whereas Kiara will be seen as Katha. Going by the look the Bhool Bhulaiyaa 2 actor shared it seemed that the duo will be seen in intense romantic avatars in the film.

Sharing it on Instagram, the actor captioned it along with a birthday wish for the actress and also revealing the name of their upcoming love story, saying, “Happy Birthday Katha !! Tumhaara SatyaPrem ❤️#SatyapremKiKatha @kiaraaliaadvani ❤️”

Satyaprem Ki Katha was announced in June last year. But days after, the makers shared their decision to change the project’s title to “avoid hurting sentiments”. Satyanarayan Ki Katha translates to the story of Satyanarayan, which is another name for the Hindu god Vishnu. The initial title saw outrage on social media by a section of the audience.

The makers issued a statement that read, “A title of the film is something that emerges organically through the creative process. We have taken a decision to change the title of our recently announced film ‘Satyanarayan ki Katha’ to avoid hurting sentiments, even if that’s purely unintentional. Producers of the film and the creative team also are in complete support of this decision. We will be announcing a new title for our love story in the due course of our journey.