Be it the box office or the hearts of the audience, Hombale Films ‘Kantara’ has set its distinct charm all across the world. While the film has been receiving great reviews from prominent personalities of different industries, the biggest one came for the writer, director, and actor Rishab Shetty when the superstar Rajinikanth gifted him a gold chain and a gold locket. 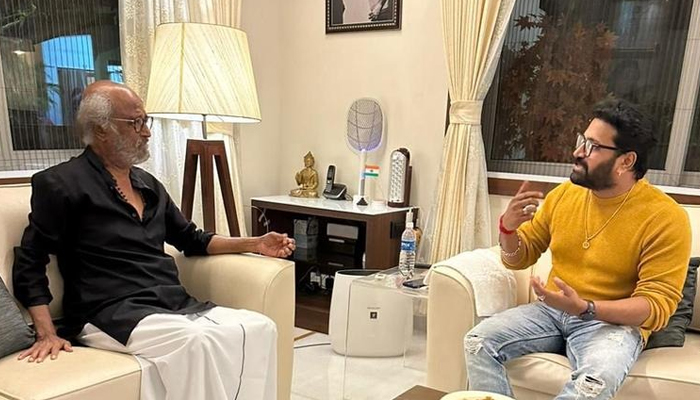 Having truly taken away with the success of Kantara, the superstar Rajinikanth had recently called Rishab Shetty for a personal meet at his Chennai residence where he bestowed him with a gold chain and a gold locket for the super success of his film Kantara.

While this has certainly come as a big recognition for the Kantara star, the superstar Rajinikanth was also seen praising the film while calling it a film that happens once in 50 years. This has again added an extra feather to the rising glory of ‘Kantara’.

Moreover, from dignitaries of the Ministry of India to famous personalities from different fields, ‘Kantara’ has been praised by everyone while it is making a lot of noise about its success ever since its release.

Kantara was released in the Kannada version and Hindi version on 30th September and 14th October respectively. The film is written and directed by Rishab Shetty. Produced by Vijay Kiragandur and Chaluve Gowda, under Hombale Films, the film features Rishab Shetty, Sapthami Gowda, and Kishore Kumar G in pivotal roles.