The release date announcement of much-awaited Pan-India film Kabzaa will be unveiled tomorrow. The announcement was made with a stylish poster featuring Upendra. 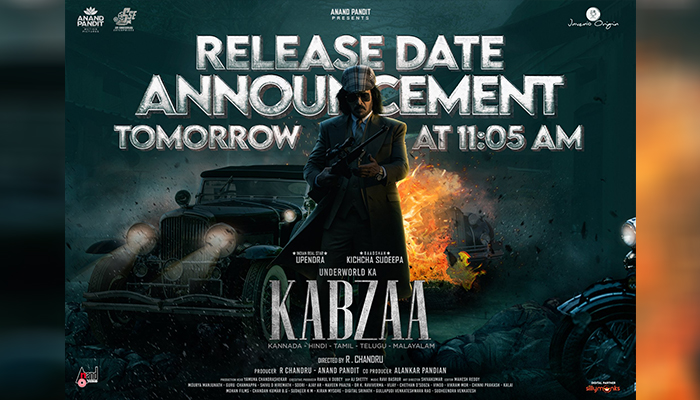 The story of the film revolves around a brave freedom fighter Amareshwara who gets killed by the British, due to unfavourable circumstances, his son Arkeshwara becomes the don of the underworld in India during the period of 1960-1984 and sets his mark in Indian history.

The film, which originated in Kannada, will also be released in multiple languages like Hindi, Tamil, Telugu and Malayalam.