After joining the 100-crore club, the latest Hindi romantic drama that was released last Friday, Kabir Singh is all set to surpass the hit Gully Boy with the end of its weekend. Kabir Singh emerged the fourth biggest opener of Bollywood this year and gave Shahid his first solo 100 cr grosser. 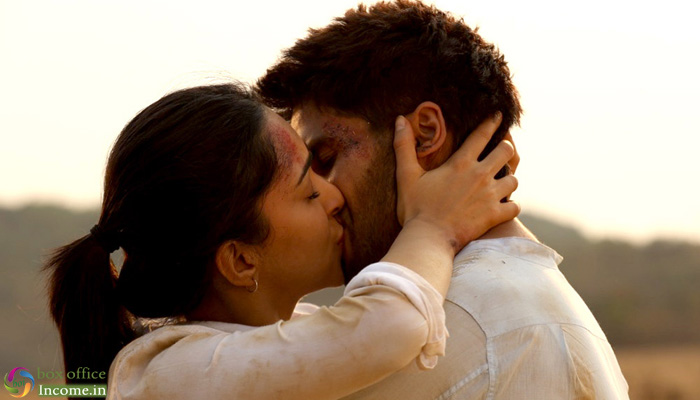 Directed by Sandeep Vanga Reddy, Kabir Singh is the remake of Telugu film Arjun Reddy starring Vijay Deverakonda. From the critics as well as audience, it has received mostly positive reviews and gathered a solid word of mouth.

Being a mass entertainer, Cine1 Studio & T-Series’s production started the journey on a tremendous note and recorded solid growth post noon shows due to strong word of mouth. It registered a whopping business of 20.21 crores on Friday and emerged the biggest opener of the year.

By remaining super-strong throughout the weekend, Kabir Singh raked the business of 22.71 crores on Saturday and 27.91 crores on Sunday. After 3 days, the total collection of the movie was recorded 70.83 crores from 3123 screens across the country.

Then on weekdays, Shahid Kapoor & Kiara Advani starrer witnessed a considerable drop in footfalls but still managed to remain strong. On Monday, it did the business of 17.54 crores. With further dips, it minted the amount of 16.53 crores on Tuesday and 15.91 crores on Wednesday.

On the next day i.e. Thursday, following the usual downtrend Kabir Singh bagged the amount of 13.61 crores and raised its one week total collection to 134.42 crores at the domestic box office. From the next week, it will have Ayushmann Khurrana’s Article 15 in the opposite.