After delivering passable Batti Gul Meter Chalu, Shahid Kapoor is back with a bang in the number game. Within just 5 days of release, the romantic drama Kabir Singh has become the seventh movie of the year to cross the 100-crore mark at the domestic box office. 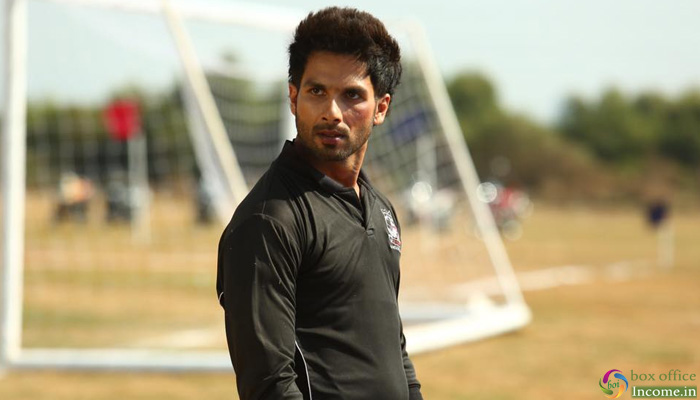 This Friday released Shahid Kapoor and Kiara Advani starrer Kabir Singh is the official adaptation of Telugu smash hit Arjun Reddy. Being a romantic entertainer with its story line, it got succeed to impress the audience and as a result, doing great at the box office since its release.

Jointly Produced by Cine1 Studio and T-Series, Sandeep Vanga Reddy’s directorial opened on a terrific note in morning and showed good growth from evening shows across the country due to strong word of mouth. On Friday, it registered a massive business of 20.21 crores.

By remaining super-strong throughout the opening weekend, Kabir Singh did the business of 22.71 crores on Saturday and 27.91 crores on Sunday. After 3 days, the total collection of the movie was recorded 70.83 crores at the domestic box office from 3123 screens.

Now Shahid-Kiara starrer is running on weekdays but still heading strongly despite normal working days. On Monday, it faced a considerable drop and minted the amount of 17.54 crores. Then with further dip, the movie added the business of 16.53 crores to its account.

On the next day i.e. Wednesday, Kabir Singh managed to garner the business of 15.91 crores and raised its 6 days total domestic collection to 120.81 crores. With this, it has become the first 100-crore grosser of Shahid Kapoor and Kiara Advani’s career. Now the movie is all set to surpass Gully Boy on second week.