Once again the young romantic hero of Bollywood, Shahid Kapoor is back with his new romantic entertainer titled Kabir Singh. It is a remake of his own Telugu film Arjun Reddy (2017), the Hindi offering has been released with huge buzz and good recall value at the box office on Friday. 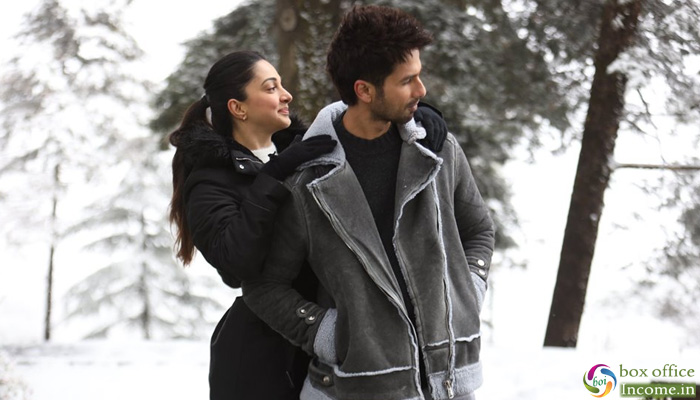 Directed by Sandeep Reddy Vanga, Kabir Singh is one of the much-awaited films of the year, starring Kiara Advani opposite to Shahid. Along with this fresh pair, it has a strong supporting cast that includes Arjan Bajwa, Suresh Oberoi, Kamini Kaushal, Nikita Dutta and Soham Majumdar.

As expected, the movie has impressed all the viewers with its story and terrific performances by the cast. As a result, it is getting mostly positive reviews from the critics as well as the audience and has gained a favorable word of mouth.

On the first day, Kabir Singh has opened on a terrific note in morning and witnessed good growth over the evening and night shows. With almost similar response from the single and multi-screen audiences, it has bagged the whopping business of 20.21 crores from 3123 screens across the country.

With this, it has become the fourth highest opener of the year 2019 so far by dominating the opening record of Ranveer-Alia’s Gully Boy (19.40 crores). After films like Haider, Udta Punjab and Padmaavat, he has developed a loyal fan base. In fact, his commercially unsuccessful films like Shaandaar and Batti Gul Meter Chaalu opened to satisfactory numbers.