The wait on 83 is finally over. Filmmaker Kabir Khan’s much-awaited cricket drama 83, starring Ranveer Singh, is set to arrive in theatres this Christmas. The release of the film has been delayed since April last year due to the outbreak of Coronavirus across the country and the world. 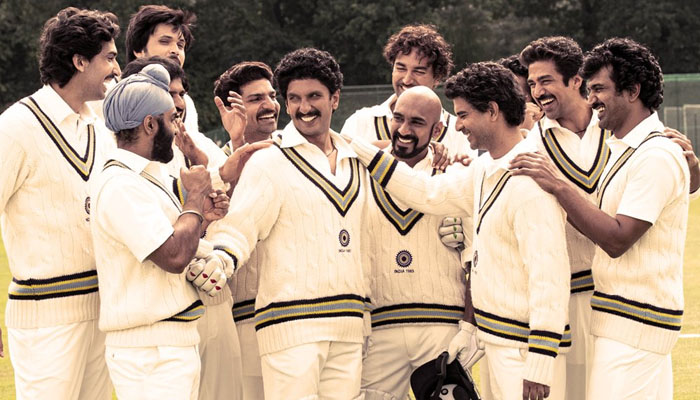 The film 83 depicts India’s victory in the 1983 Cricket World Cup under Kapil Dev’s captaincy when the team defeated West Indies in the final to claim their first-ever World Cup trophy.

The film will release in various languages including Hindi, Tamil, Telugu, Kannada and Malayalam. The film is produced by KabirKhan, Vishnuvardhan Induri, Deepika Padukone and Sajid Nadiadwala, co-distributed by Reliance Entertainment.