The unfortunate demise of Sushant Singh Rajput shook the entertainment industry to the core and the ripple effects are yet being felt. People from all over have been sharing their opinions and thoughts about the situation, and actor Vardhan Puri is one of the actors that have joined the #CBIforSSR movement. Many stars including Kriti Sanon, Varun Dhawan, Ankita Lokhande and several others have demanded a CBI inquiry into the case, and the latest actor to join their ranks is Vardhan Puri. 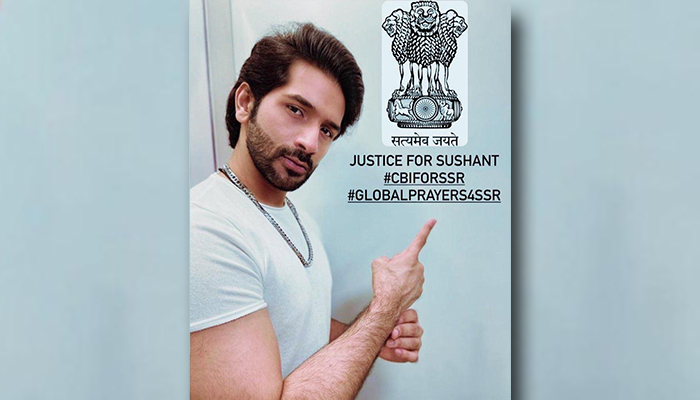 Commenting on the same, the actor shares, ‘SSR… What do I say about Sushant Bhai… I have been dealing with the grief of his death for very long and therefore wasn’t able to pen down my thoughts effectively as I was numb. Blank. Heartbroken. But I guess now is the time to speak. So here goes…’ Vardhan goes on to share his memories with the late actor from back when he was an AD, mentioning ‘I have had the good fortune of working with Sushant Singh Rajput in the capacity of an assistant director on a film very close to my heart called ‘Shuddh Desi Romance.’

Vardhan’s numerous interactions with Sushant surely left a mark, and Vardhan mentions ‘he was always the most dedicated, most hardworking and the most positive person in the room. A deep soul with a strong sense of self. Supremely sure of himself. He believed in his ‘Shiv Shambho’ so deeply, at a highly spiritual level and he encouraged me to do so as well. He was not only in love with acting but was also in madly in love with his family, his gazillion dreams (which he often wrote), his astrology, his astronomy, his telescope, nature, the villagers of India, mutton biryani, any kind of Indian sweets and countless other things which I might not be aware of. But at the apex of the walls of his ever-beating heart was his mother. That’s him.’

He continues his heart-wrenching thoughts, ‘Sometimes I used to look at him and wonder, “Will he really achieve all these dreams in this limited time we human beings get on earth?” And I used to be astonished when I said to myself, “Most definitely. With this kind of vigour, enthusiasm and dedication, I don’t think anything can stop him. He will.”

Sharing what he will always remember about the supremely talented star, he says, ‘I vividly remember each word of advice you gave me Sushant Bhai. I remember that hyperactive nature of yours which always helped people excel around you and I will never forget that warm suffocating hug you gave me when the film was a success. I wish I had more time with you and I hope and pray that this strange and heartbreaking mystery is solved.’

Concluding his heartfelt message, he says ‘I’m sure you are making a crazy cinematic masterpiece in heaven already, which you are not only acting in but also writing, directing and producing. Sending you love and energy. God is with you. India is with you. All we seek now is your blessings and wisdom. The truth shall prevail. Your assistant director forever and ever’