Jr NTR is all set for the much-anticipated release of SS Rajamouli’s RRR. In order to promote the film, Jr NTR is in the national capital of Delhi for the very first time. 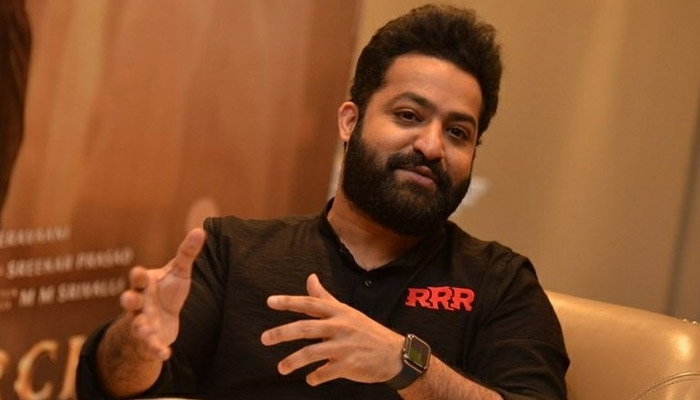 Fans have already witnessed a glimpse of superstar Jr NTR’s chemistry with co-stars Alia Bhatt and Ram Charan after seeing their dance moves in the latest released songs. Fans have taken to social media to applaud the star and his energetic dance moves and electrifying screen presence.

Jr NTR kicked off the RRR promotion tour in Hyderabad and is tracing his routes to the national capital Delhi. This will be the star’s first visit to the region, and his loyal fanbase in Delhi is quite excited to catch a glimpse of the ace actor. It will surely be a treat for the eyes and ears to hear the cheers and enthusiasm for his welcome in Delhi.

Several fans across the world are eagerly waiting to spectate the craftsmanship of the talented star on screen in his latest project. The fans in the US showed their support for the star by tying a quote of Jr NTR from RRR to an aircraft.

Such love can also be seen in Canada, where fans arranged their cars to spell out the star’s name. RRR has fans waiting not only in India but around the world to watch the movie on 25th March 2022.