John Abraham has injured himself during the shoot of his upcoming film, Attack. The actor, who is best known for his action films, was shooting for a scene that required him to be hit in the face with a prop rod made of glass. However, the execution of the scene went a bit haywire and the Satyamev Jayate star was left with a bloodied face. 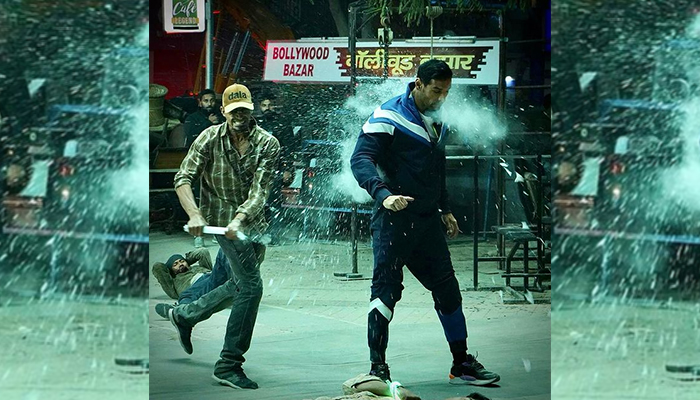 John Abraham took to his official Instagram page to share the news with his followers. He captioned the post, “How it started… how it’s going. Love this…all part of the fun! #Attack #ActionAddict (sic).” The actor shared a photo and a video of the incident and sportingly said that it was all part of the fun.

Talking about the same in her statement, Fernandez said, “He (John) is someone who is super fit and we bond on everything – be it food, fitness, workouts and all that stuff. I think he is doing amazingly well. It’s my fourth film with him, so we come on set, and we just have a great time. We continuously laugh. ‘Attack’ is an action-heavy film so there is a lot of hard work going into it,” said Jacqueline Fernandez.

Apart from John Abraham, Attack also stars Jacqueline Fernandez and Rakul Preet Singh in pivotal roles. The film has been written and directed by debutant Lakshya Raj Anand. John Abraham plays a saviour of the nation once again in this action-drama. It is a fictional story that is based on true events of a hostage crisis situation.

Before John started shooting for Attack, he had wrapped up the shoot of Satyamev Jayate 2, a sequel to the action film, Satyamev Jayate, that also stars Manoj Bajpayee and Divya Khosla Kumar in crucial roles. Apart from the Milap Zaveri directorial venture, his list of upcoming films includes Pathan, Ek Villain Returns and Mumbai Saga.