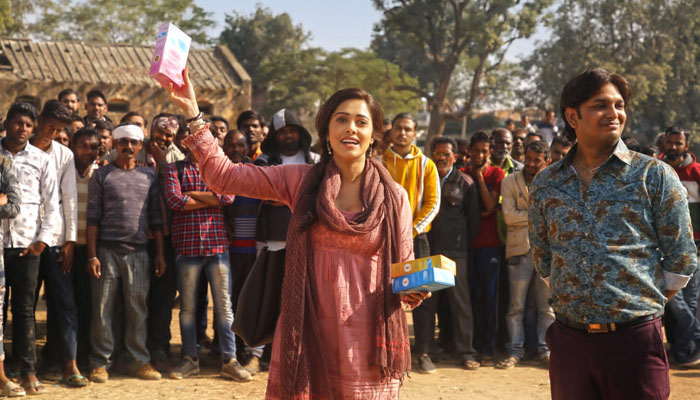 Directed by Jai Basantu Singh, the Hindi comedy co-starring Paritosh Tripathi, Shaan yadav, Vijay Raaz and Anud Singh Dhaka has got succeed to convince critics with its entertaining storyline. From the audience as well, the film has received positive reactions and gathered a favourable word of mouth.

On Friday, Janhit Mein Jaari was opened at a dull note of around 10% occupancy in the morning. Due to the positive word of mouth, it had picked up well in multiplexes over the evening & night shows and did the business of 0.43 crores nett at the domestic box office.

On Saturday, expectedly, Zee Studios’s presentation has witnessed a little jump and minted the amount of 0.82 crores nett. After 2 days, the total collection of the film has become 1.25 crores nett at the domestic box office. While, the 2 days worldwide collections stand at 1.58 crores including Friday 56.70 Lacs and Saturday 1.02 crore.

From the economic perspective, Janhit Mein Jaari is safe since it has been made at a cost of 15 crores and hence from digital and satellite rights itself, the recovery would come in. As for the theatrical business, it would be an added bonus.