Earlier we reported that Shah Rukh Khan and Nayanthara will begin filming in Pune for filmmaker Atlee’s upcoming film. Now, we’ve learned that filming for the film begins today, and the newest addition to the cast is South actress Priyamani, who was most recently seen in The Family Man. 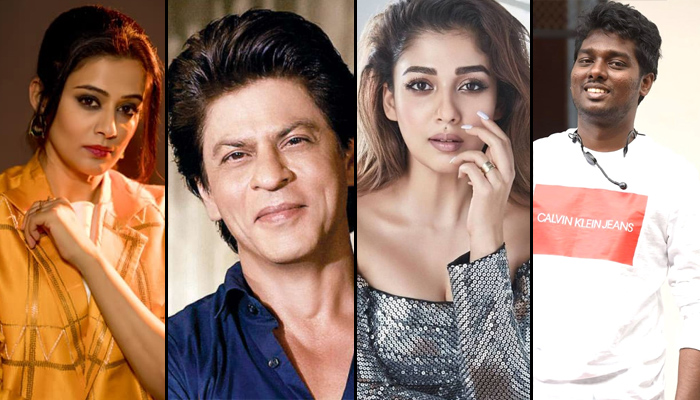 According to the Pinkvilla, “Priyamani plays a key role in the narrative of the film and will be joining Shah Rukh Khan and Nayanthara in the Pune schedule of the film. She is already in the city and all charged up to commence her work on this yet untitled action-packed entertainer,” revealed a source close to the development, adding further that the other members of this already formidable ensemble include Sanya Malhotra and Sunil Grover.

“There are many more surprises in terms of casting which will be revealed in the months to follow,” the source added.

Khan and Priyamani previously worked together on Chennai Express, although it was only a cameo role for the actress. Red Chillies Entertainment is producing the Atlee film. It reportadly stars Shah Rukh Khan in a dual part, with two diametrically opposed character attributes. The movie is said to be Pan-India project that will be shot over the course of 6 to 7 months at multiple locations.

Currently, Shah Rukh Khan is busy shooting for Siddharth Anand’s Pathan co-starring Deepika Padukone and John Abraham. The actor is expected to fly to Europe for the last segment of this espionage thriller. Meanwhile after wrapping up Atlee’s film, SRK is likely to begin work on his next with Rajkumar Hirani which is scheduled to take off by mid of 2022.

#EXCLUSIVE: #Nayanthara and #PriyaMani spotted in #Pune where they have started shooting for director #Atlee‘s next, which features #ShahRukhKhan too. @Atlee_dir @iamsrk #SRK pic.twitter.com/uR0rq1Ww9g