Following the success of Bareilly Ki Barfi, Bollywood actors Rajkummar Rao and Kriti Sanon will star in the next comedy Hum Do Hamare Do. The film will be available exclusively on Disney+ Hotstar. The teaser of Hum Do Hamare Do released on social media on Wednesday and it started trending big time. 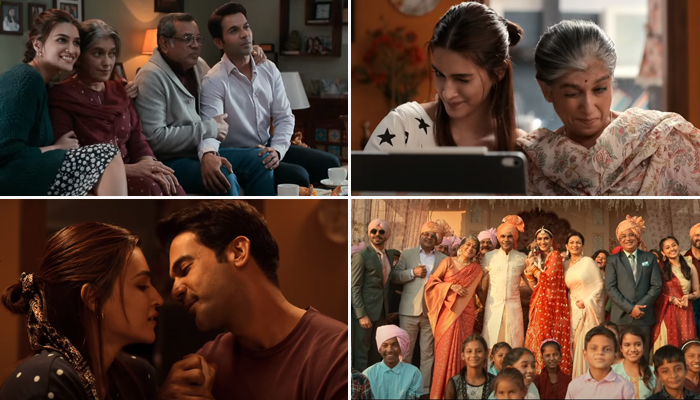 Hum Do Hamare Do’s teaser begins as we see Rajkummar Rao stuck in a pickle when lady love Kriti Sanon summons his parents to speak about their marriage. What follows is a hilarious journey as our leading man may be forced to “adopt” a brand new set of parents. We also catch glimpses of the inimitable Paresh Rawal as well as the delightful Ratna Pathak Shah.

The film is directed by Abhishek Jain, produced by Dinesh Vijan, a Maddock Original film, starts streaming from the 29th of October on Disney+ Hotstar.