On the auspicious occasion of Dussehra, Hrithik Roshan returned to the sets to begin filming for the remake of ‘Vikram Vedha.’ After a few weeks, the actor has completed the first action sequence in the film. On social media, photos of Hrithik posing with his stunt double and a crew of stuntmen have gone viral. 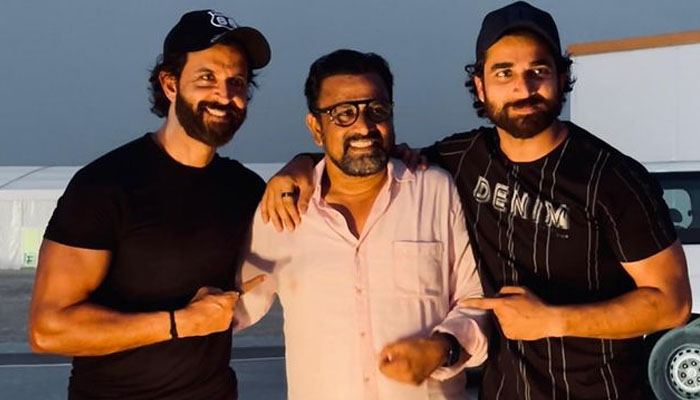 Sharing the pictures on his official Instagram handle, a stuntman, Mansoor Ali Khan wrote, “First craziest action sequence have done .!! Cheer’s.” Another stuntman also posted picture with the actor and wrote, “Wrapped up the first action sequence of Vikram Vedha. A big ‘Thank you’ to @parvez.shaikhh sir for this opportunity. Wouldn’t have been possible without you ?? @hrithikroshan.”

Director duo Pushkar-Gayathri are directing ‘Vikram Vedha’ remake, they had also called the shots for the original Tamil film starring R Madhavan and Vijay Sethupathi in lead roles. This film takes inspiration from ancient lore of Vikram-Betaal, where a wily gangster manages to escape every time a determined cop nabs him, by narrating a new story drawn from his own life.

Apart from Hrithik Roshan, ‘Vikram Vedha’ remake will star Saif Ali Khan in the lead role. It is worth mentioning here that Hrithik and Saif are reuniting for the film after 19 years. They were last seen together in Naa Tum Jaano Naa Hum.

The Hindi remake of Vikram Vedha is scheduled to hit the screens on September 30, 2022.