Gippy Grewal and Jasmin Bhasin starrer Honeymoon is all set for a theatrical release this Diwali on 25th October 2022 Ever since the film announcement has been made, fans are excited to watch them come together for this romantic comedy. The movie is written by Naresh Kathooria. 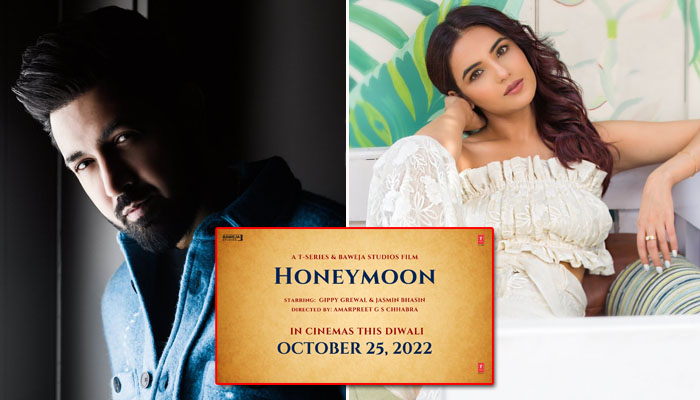 With its laugh out loud comedy and those charming romantic scenes, the audience cannot wait to experience the Diwali bonanza. The film went on floors in January 2022 with its Punjab schedule sparking a lot of chatter on the internet. Sure to tickle your funny bones with the flavour of drama, Honeymoon revolves around the story of the just married couple- Deep & Sukh who want to go on their Honeymoon.

But Deep’s naive and extended family, blissfully unaware of what a honeymoon actually entails, tag along with the newly weds, as they have never been out of their village. And thus begins a mad ride of 16 people travelling together on the honeymoon which is only meant for the lovebirds.

A top-notch ensemble cast features Karamjit Anmol, Nirmal Rishi, Sardar Sohi, Harby Sangha, Seema Kaushal and Nasir Chinyoti, the music of the movie is composed by B Praak and Jaani.