Himesh Reshammiya, the true blue rockstar machine of music in India has pumped out hits after hits since decades. He recently launched a music label called Himesh Reshammiya Melodies which is focused on bringing back the era of melody and launching fresh and promising talent. 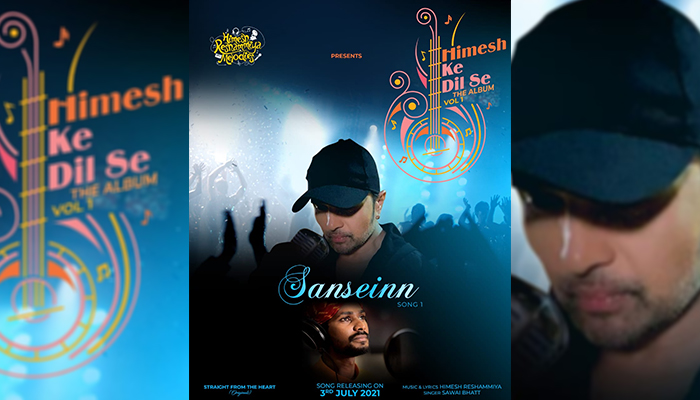 That’s not all, the superhit machine has another surprise package awaiting the audience and music lovers, a song titled Sansein from his album, Himesh Ke Dil Se. Featuring the Indian Idol sensation Sawai Bhatt, the song will release on 3rd July and promises to be a melody you won’t forget and will constantly play on loop on your playlists.

On releasing the much anticipated song, Himesh Reshammiya says “Sansein is a magical combination of Sawai Bhatt and the tune I have composed. Post the amazing response of Surroor 2021 and Tere Bagairr from Moods Of Melodies, my 3rd album Himesh Ke Dil Se will blow your mind. The music is absolutely appropriate for Sawai’s amazing voice and the song will hit all the right notes.”

One after the after, Himesh Reshammiya has kept us entertained to the T with what he does best, beautiful compositions and melodious tunes. Sansein from Himesh Ke Dil Se is all set to release on 3rd July.