Actor Tiger Shroff on Friday paid a visit to Mumbai’s Gaiety theatre for the launch of the latest song of Heropanti 2, Whistle Baja 2.0, where he was mobbed by a sea of fans as he was entering. 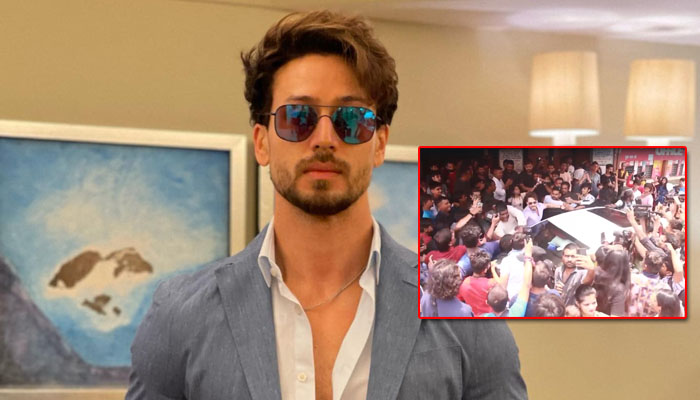 In the pics that have gone viral on social media, Tiger can be seen surrounded by fans as he waves to them and walks out of the theatre. He was escorted by his entourage as many fans tried to click selfies with him.

Tiger paid a visit to the theatre for the grand launch of Whistle Baja 2.0. The actor who has always managed to stun the audience with his daring action sequences and mindblowing dance moves is currently gearing up for the release of ‘Heropanti 2’.

Currently, the release of Heropanti 2 is the talk of the town. Apart from Tiger Shroff, Tara Sutaria and Nawazuddin Siddiqui will also be seen in the lead roles.

Written by Rajat Arora and directed by Ahmed Khan, the movie is all set to take us on an expedition. The music track of the film is given by A R Rahman.