The team behind the upcoming Hindi film “KUN FAYA KUN”, directed by Kushan Nandy, starring Harshvardhan Rane and Sanjeeda Shaikh, has wrapped up its entire shooting schedule. The film, produced by Naeem A. Siddiqui (Touchwood Multimedia Creations), has Kiran Shyam Shroff as its Creative Producer, and is written by Ghalib Asad Bhopali. 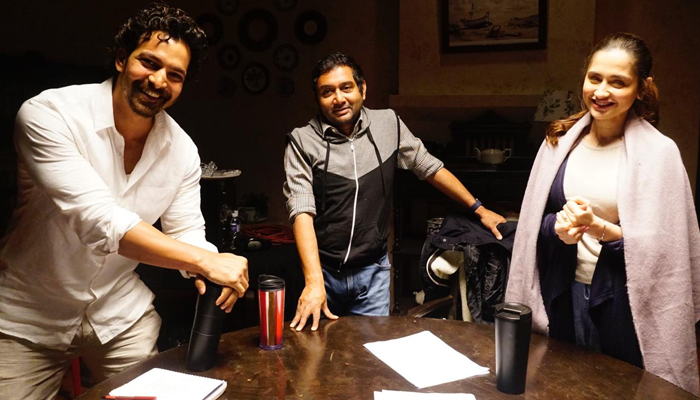 The shooting happened in Maharashtra in Mahabaleshwar, Wai and Panchgani in November, December and January. The makers are happy that while all safety protocols to safeguard the team against the Covid-19 pandemic were adhered to strictly, it did not turn an impediment in the timely completion of the shoot. The actors as well as all behind-the-scenes crew members ensured it was smooth sailing for the film.

A teaser video released for the launch of the project had hinted that KUN FAYA KUN is going to be an edge of the seat thriller with a twist, but beyond that, the audience has been left playing the guessing game about what the film is going to be really about.

Excited about completing the shoot, Kushan Nandy says, “As a team, we take great pride in having started and completed the shooting of our film Kun Faya Kun, even as we await for normalcy to return in these times of a pandemic. We have had a very challenging, but successful experience shooting this project, and we can’t wait to take the audience on a thrilling ride with this movie, which we have made with a lot of love, laughter and fun on the sets.”

Actor Sanjeeda Shaikh says, “An actor always looks out for different experiences and characters, and I am glad that Kun Faya Kun has given me that edge. I had a wonderful time working on this film and shooting for it, despite the challenges posed by the current times. I am sure the audience will embrace its unique vibe.”

Actor Harshvardhan Rane says, “This is a time for movies laced with new styles of storytelling and differentiated content. I am so glad about being a part of a film like Kun Faya Kun, which ticks all the right boxes. Teaming up with my Taish co-star Sanjeeda again was a cherry on top, and working under Kushan Nandy’s direction has made me admire his attention to detail. I hope we have been able to churn out a film that audiences will enjoy.”