Gurmeet & Debina were popularly known as the favourite onscreen couple of Ram and Sita on the show, Ramayana. The actor- duo are one of the most loved pairs and they celebrated their 10th anniversary in an apt way, by visiting the Ram Mandir in Ayodhya to seek blessings and personally donate towards the construction of the temple. 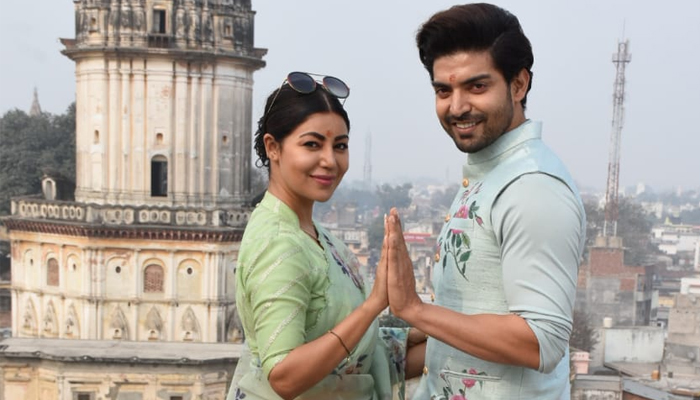 It was on the sets of Ramayana that the two actors had fallen in love, hence Lord Ram and Sita hold a special place in thier heart.

Talking about their visit, Gurmeet Choudhary says, “Our 10th anniversary surely called for something special and to visit Ram Mandir was one of the most apt ways to celebrate our love. We really could not think of a better way to do so. We wanted to come and personally donate towards the temple. It was a beautiful experience to visit the auspicious Ayodhya mandir and take blessings from Lord Ram and Sita. The love and happiness we received was immensely overwhelming.”

The good looking couple have been vocal about their love for each other and often seen posting #couplegoals images on their social media.

On work front, Gurmeet is all set to appear in the film, The Wife, an urban horror produced by Zee Studios. The film recently wrapped up and is going to be released soon.