With the boundaries merging and content preceding over the language barriers, Bollywood has opened arms to many South Indian stars this year. 2022 witnesses many established South actors making their debut in Bollywood with interesting projects. 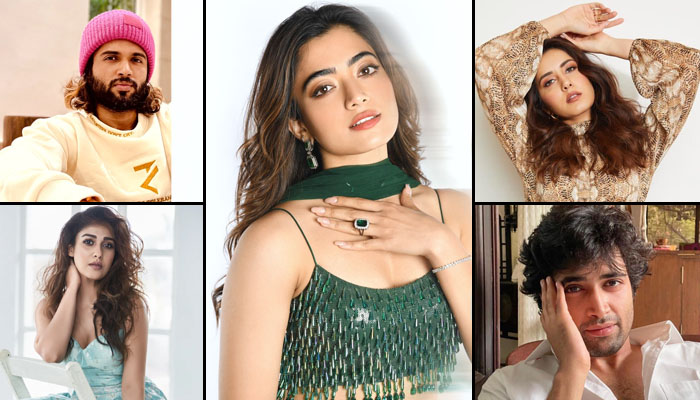 Vijay Deverakonda: Rising to fame across the nation with Arjun Reddy, right before Kabir Singh’s release, Vijay Deverakonda has emerged as one of the most loved names in the country. With excitement beaming for his debut with Dharma Productions’ Liger opposite Ananya Panday, Vijay has got everyone intrigued for his Hindi debut.

Rashmika Mandanna: Making her debut with Sidharth Malhotra starrer ‘Mission Majnu’, Rashmika Mandanna is currently enjoying the success of her recently released ‘Pushpa’ that fared well at the box office in Telugu as well as Hindi. In addition to being an active and popular name on social media, Rashmika is also creating buzz for her Bollywood debut.

Raashii Khanna: After carving her niche as a versatile and dependable actress down South, Raashii Khanna is now marching towards Bollywood with Dharma Productions’ Yodha co-starring Sidharth Malhotra. Alongwith an interesting range of projects in the Hindi belt, Raashii is set to unfold varied aspects of her versatility.

Nayanthara: Known as the lady Superstar, Nayanthara needs no introduction in the South industry, all set to carve her place in Bollywood, Nayanthara will make her Hindi film debut with none other than Shah Rukh Khan in Atlee’s next. The convergence of the three most loved and respected personalities has definitely got everyone excited.

Adivi Sesh: Already having offered a glimpse into one of the most ambitious projects of the year with a visually stunning teaser, Adivi Sesh’s Major has created huge buzz. Impressing the audience with his effortless fluency in Hindi, Adivi Sesh has already won brownie points in the Hindi belt even before his debut.