Amid the on-going conversation between multiplex chains and makers of Kangana Ranaut’s Thalaivii over the release in theatres, netizens have raised their voice pleading PVR to screen the Hindi version of the film along with with Tamil and Telugu. 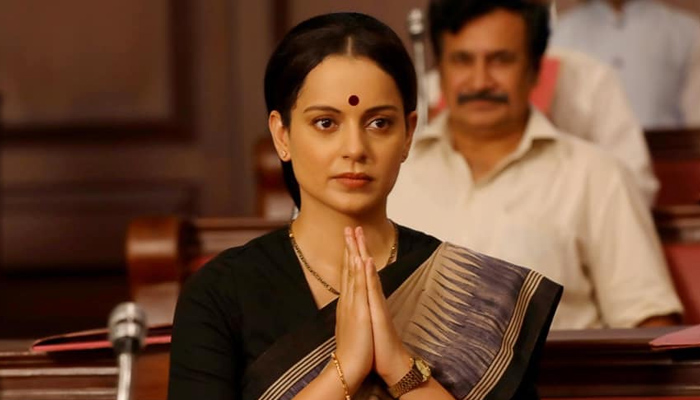 On Friday, expressing her concern Kangana Ranaut took to social media to share her plight with her fans regarding multiplexes’ opposition to screen Thalaivii in theaters. The heartbroken actress had requested multiplex owners to help each other in these testing times.

Responding to the same, PVR released a statement earlier about screening Tamil and Telugu version of the movie as it follows the standard 4-week protocol before streaming on OTT. However, as the Hindi version starts streaming in two weeks, the chain owner expressed disappointment, requesting a uniform decision for all languages.

Demanding PVR to screen the Hindi version of Thalaivii, fans across Twitter initiated a trend ‘PVR RELEASE THALAIVII IN HINDI’.

As Maharashtra amongst other states hasn’t opened theaters yet, the major chunk of cine-goers are deprived of watching the film on the release date, considering the same, the Hindi version starts streaming on OTT, in two weeks for the audience.

One of the most anticipated and promising films of the year, Thalaivii traces the journey of South Indian Superstar and political revolutionary leader Jayalalithaa, scaling over 30 years of her life.