The Iranian beauty Elnaaz Norouzi has had her hands full with projects. The versatile actress just wrapped the shoot for her film ‘Sangeen.’ 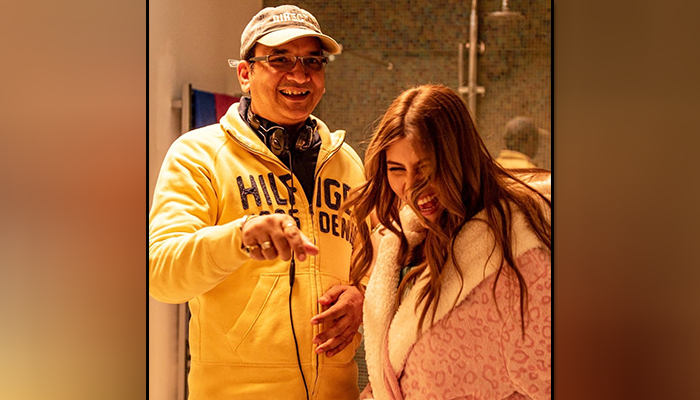 The charming actress took to Instagram and shared a candid picture of herself along with the movie’s director Jaideep Chopra. Elnaaz can be seen candidly smiling whilst her director seems to be saying something. The unit has been shooting in London amidst tough weather.

She wrote, “Last day of shoot for #Sangeen and this picture depicts the exact feelings I had throughout this film with the best director I could have had ♥️ @ijaideepchopra I really can’t wait for you all to see this movie… 🥰
@nawazuddin._siddiqui 🙏🏼 Credits: @apurva_officia #sangeen #newproject #film #elnaaznorouzi #nawazuddinsiddiqui.”

On the same Elnaaz says “It was a crazy experience with Nawaz Sir. When we used to have a shot in snow , he used to tell me Remember the Revenant. It was amazing experience with Nawazuddin Siddiqui. It’s my last day and we have to return to India and finish being with the little family that we made here”.

The actress recently was in the news for her dedication towards work. The glamorous actress has been informing her fans about her night shoots. Reportedly, the actress has been shooting all night long until 6 am, everyday for her film ‘Sangeen.’ The film also stars Nawazuddin Siddiqui and is slated for a year end release.