Producer Ektaa R Kapoor who redefined the Indian entertainment landscape on television is all set to bring to audiences ‘Yeh Dil Mannge More’ a show around the ‘heroes behind the heroes’. The high octane drama meets romance, is all set to broadcast on Doordarshan this Independence Day. 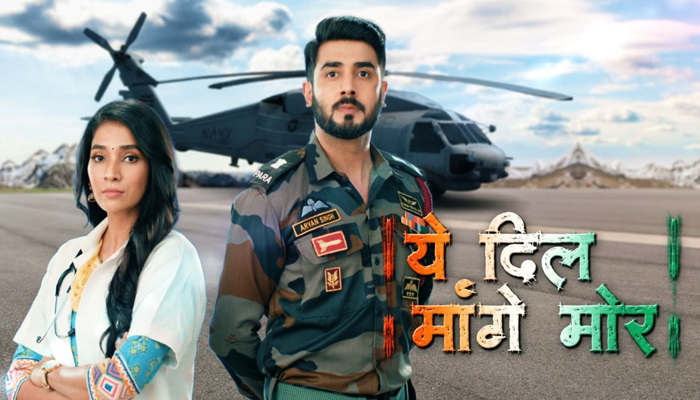 The Balaji Telefilms show pays tribute to our brave warriors protecting borders and their families that make personal sacrifices all through their lives. As India celebrates its 75th year of Independence, the show promises to touch a chord with every Indian and inspire them.

Always known to bring riveting and versatile content that resonates with masses across the country, Ekta Kapoor takes us through another emotionally charged & layered piece of storytelling with ‘Yeh Dil Mannge More’ starring Akshay Mhatre and Twinkle Patel.

They play a war-hardened special Major and an army doctor respectively, who eventually fall in love with each other but the secrets of their past come to haunt them. Will the secret affect their lives? Will they find love in each other?

Talking about this unique concept Ektaa R Kapoor quips, “Our independence has come through great struggle and our brave soldiers and their families continue to make sacrifices. Unlike the conventional shows made on our national heroes, Yeh Dil Mannge More gets into deeper dynamics and will not just appeal to family audiences but with the youth as well since there are so many conflicting ideologies. And airing on Doordarshan means we will reach to even the most remote interiors, with this story.”