The epitome of women-power in Indian Entertainment industry, Ekta Kapoor, Guneet Monga and Tahira Kashyap Khurrana join hands to celebrate and uplift content backed by women with their latest posts on social media. 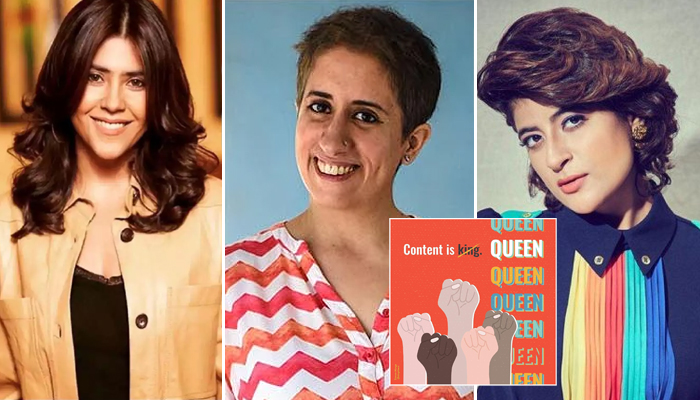 The talented and empowered women trio indicated an announcement for Friday by stating ‘Content is Queen’. Ekta Kapoor, Guneet Monga and Tahira Kashyap Khurrana shared on their social media saying, “When one woman shines, she makes way for many more! Announcing something exciting tomorrow. Stay tuned! 💛”.

While the details of the project are under wraps, the collaboration of such strong personalities promises a huge endeavour. Being one of the most popular and successful female filmmakers of the Indian Entertainment industry with her expertise across Television, Silver screen as well as the OTT platforms, Ekta Kapoor, Joint Managing Director and Creative Director, Balaji Telefilms Ltd., Balaji Motion Pictures and Alt Balaji, is hailed as the content czarina.

Honoured with the multiple accolades and awards including the prestigious Academy Award, Guneet Monga is one of the most renowned filmmakers not just in India but also across the globe, symbolising the victory of content with her projects. Tahira, is a best selling author, a columnist, a film director and also a cancer survivor. She is a source of inspiration and is a celebrated icon for women empowerment.

The union of such strong personalities is bound to create an uproar, generating immense anticipation for the announcement for their endeavour.