After a good start, this Friday released Hindi film Dream Girl has shown a good jump in footfalls on Saturday. Despite having adjacent release Section 375 and the last week’s Chhichhore in the opposite, it has diverted the major audience toward itself and running strongly in mass circuits as well as in metro cities. 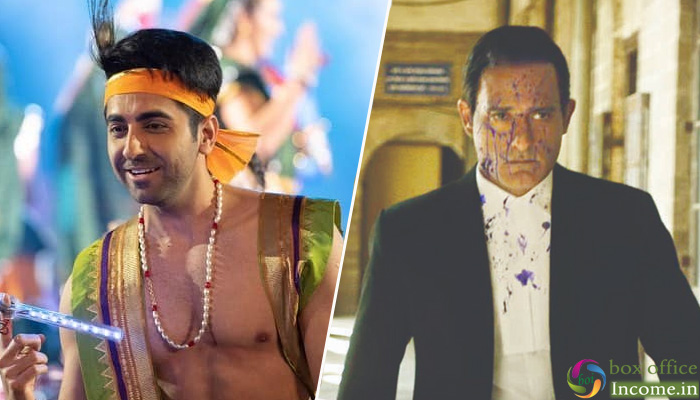 Starring Ayushmann Khurrana and Nushrat Bharucha in lead roles, the comedy drama has got succeed to entertain many in theatres and gained a good word of mouth. From the critics as well, Raaj Shaandilyaa’s directorial has received mostly positive reviews for its interesting & funny storyline.

On the opening day, Dream Girl took a decent start in the morning and recorded a fair growth post noon shows. In the end, it registered the business of 10.05 crores and become the 12th best opener of the year so far. On Saturday, it takes a healthy jump and collected 16.42 crore and raised 2 days total collection to 26.47 crores at the domestic box office.

In parallel, the other new Hindi offering Section 375 has also received mostly positive reviews from the critics as well as the viewers but still struggling at the box office. Being a court-room drama, it doesn’t attract the major audience & the low screen count is also the reason behind its dull performance.

Akshaye Khanna, Richa Chadha and Meera Chopra starrer was opened at a low note on Friday and did the business of only 1.45 crore. On Saturday, Abhishek Chaubey’s directorial showed a good jump and collected 3.07 crores. After 2 days, its total collection has become 4.52 crores at the Indian box office.