An actor, A director, A producer and most importantly, a friend who never shies from taking a stand to support her close ones, Divya Khosla Kumar, is surely relieved to hear that Pearl V Puri has been granted bail. 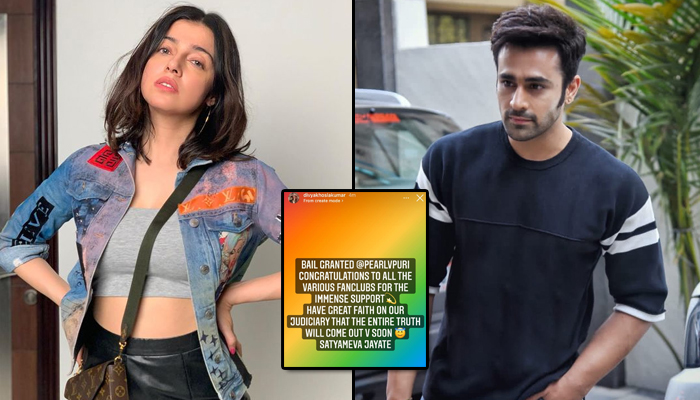 Divya has been eloquent and vocal for her stand on the case, and since day 1 has been posting and making appeals via her social media platform demanding and asking for justice for Pearl, who has been made a scapegoat in a custody battle gone wrong.

Thanking the judiciary involved on social media, she stated that, “Bail Granted @pearlvpuri Congratulations to all the various fanclubs for the immense support 💫 Have great faith on our judiciary that the entire truth will come out v soon 😇 Satyameva Jayate”

Justice delayed is not Justice denied and Divya will go out of her way to ensure that Pearl V Puri and his family have the support that they are worthy of.