Divinaa Thackur has now been paired up with Pratik Gandhi in a horror-comedy titled ‘Atithi Bhooto Bhava.’ This is the first time the pair will be seen on-screen together. 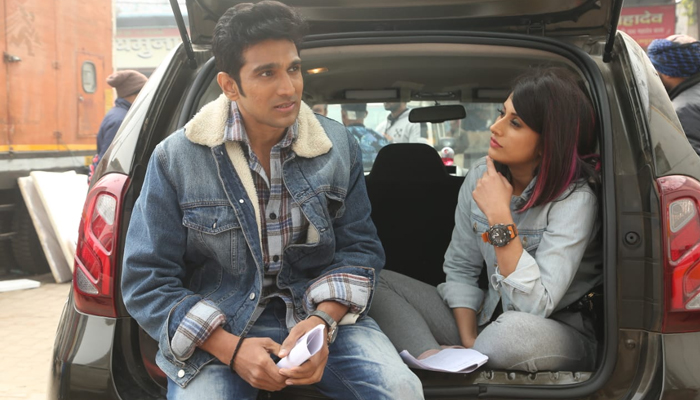 Divinaa was last seen in Sanjay Dutt’s multi-starrer film ‘Prassthanam,’ The movie is being shot in Mumbai and Mathura.

In the pictures, Divinaa looks her glamorous-self dressed in a denim jacket and jeggings along with Pratik who looks dapper in his check shirt with denim jacket and jeans. The two were spotted sitting in the trunk of a car, assumingly discussing their scene.

Atithi Bhooto Bhava happens to be a romantic comedy directed by Hardik Gajjar. The movie also features the likes of Jackie Shroff and Sharmin Segal in pivotal roles. The movie had hit the floors early this year.