We know filmmaker and author Vivek Ranjan Agnihotri as somebody who has a rebellious streak in him and is unafraid to speak his mind. We know him as a director, screenwriter, author and producer. But, did you know that Agnihotri always gave the opportunity to local artists in his films to showcase their art. The Buddha In A Traffic Jam director is giving a chance to the Qawwali Folk Artistes of Bhopal in his upcoming film ‘The Last Show’. 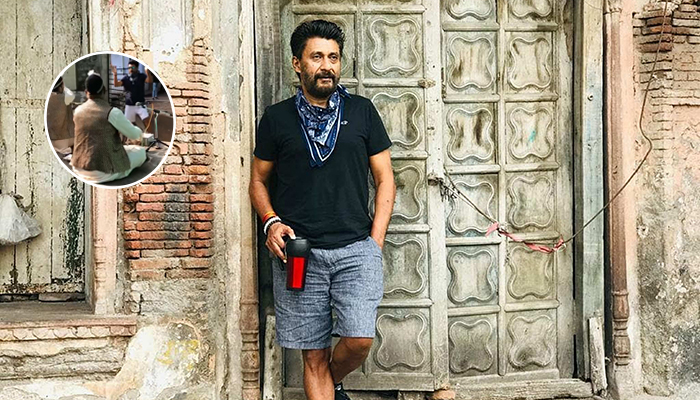 According to sources “Director Vivek Ranjan Agnihotri flew to Bhopal to begin the shoot of his next film, ‘The Last Show’, with actors Anupam Kher and Satish Kaushik. There, folk artistes met the director who was shooting with Anupam Kher at the city’s Shaukat Mahal. The folk artistes dedicated a Qawwali to the director. Agnihotri loved the performance of the artistes. He decided to do something about the revival of old and forgotten Qawwali groups of Bhopal.”

The Tashkent Files director Vivek Ranjan Agnihotri stated, “The Last Show is a tribute to dying arts of India like folk theatre, qawwali, brass band, etc. I have worked hard to find these old artistes who are lost in oblivion and nobody cares about them. You might not have heard of this qawwali group but they are masters of their art.”