On the auspicious occasion of Maha Shivratri, the makers announced the release date of much-awaited project, Adipurush. The film starring Prabhas, Saif Ali Khan, Kriti Sanon will now be releasing on 12th January 2023. 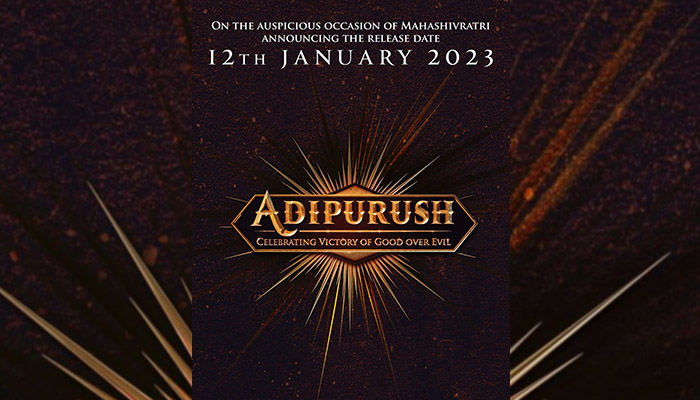 “The film will now be released on 11 Aug 2022 in theatres worldwide. We would like to thank Mr Bhushan Kumar, T Series, and Om Raut, and the entire team of Adipurush from the bottom of our hearts. We would like to thank them for being so helpful and understanding, and for shifting the release date of their much-awaited, Adipurush, starring Prabhas, Kriti Sanon and Saif Ali Khan, so that Laal Singh Chaddha can come on 11 Aug 2022,” the team of Laal Singh Chaddha had shared.

Adipurush is produced by T-series, Bhushan Kumar & Krishan Kumar, & Om Raut, Prasad Sutar, and Rajesh Nair of Retrophiles and will be releasing on 12th January 2023.

Apart from Adipurush, Prabhas will be seen in the upcoming film Radhe Shyam opposite Pooja Hegde. It releases on March 11. He is also set to feature in Prashanth Neel’s Salaar opposite Shruti Haasan and in Sandeep Reddy Vanga’s Spirit. He is also working on Nag Ashwin’s directorial Project K with Deepika Padukone and Amitabh Bachchan.