Black outfits have always been a statement of power in fashion. And Dheeraj Dhoopar carries off Black like no other. This indo-western outfit in Black is nothing but a major style tip for all men for this ongoing wedding season. 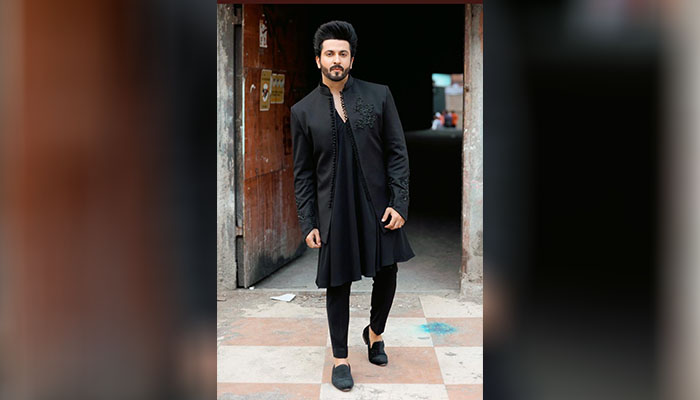 He styled his looks by wearing a short jacket with black embroidery on it. He paired it with an asymmetrical kurta with tight-fitting pants. He wore a black jutti which makes his all-black shade look seductive in a charming way.

Dheeraj loves to experiment with different outfits and today he chose to attract us with his magnetic looks. He is known to carry off any color comfortably but this black outfit is truly magnetic.

On the professional front, Dheeraj made his television debut with Maat Pitaah Ke Charnon Mein Swarg. He was then seen in Behenein, Mrs. Tendulkar and Zindagi Kahe Smile Please. He also made a cameo appearance in Kuch Toh Log Kahenge. He also portrayed Prem Bhardwaj in Sasural Simar Ka opposite Dipika Kakar. In 2020, Dheeraj portrayed Cheel Aakesh in Naagin 5.