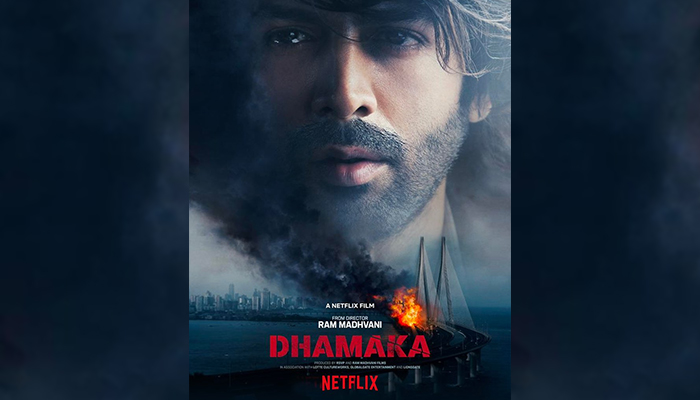 The actor made the announcement along with a new poster of the movie. The poster featured Kartik flaunting a messy hairdo and a stubbled look as he oversees the burning city of Mumbai. He captioned the poster as, “Kal hoga #Dhamaka. Trailer out tomorrow !!” To note, Dhamaka will be witnessing a digital release and will be opening on Netflix.

As per a statement, ‘Dhamaka’ follows the story of an ambitious ex-news anchor Arjun Pathak, played by Kartik, who is given another chance to go live on prime-time television when a terrorist calls him with a bomb threat. Little does he know that this call will change his life and throw him into a fast-paced game of betrayal.

Meanwhile, the makers are yet to finalise a release date for the movie. However, speculations are rife that Dhamaka might release on Kartik’s birthday in November.

Apart from Dhamaka and Freddy, the handsome hunk is also working on the much talked about horror comedy Bhool Bhulaiyaa 2 with Kiara Advani and Hansal Mehta directorial Captain India.