Ever since Kartik Aaryan released a teaser of his Netflix film Dhamaka last year in December, fans have been eagerly waiting to see their heartthrob actor in a never-before-seen avatar. The film which shows Kartik in an intense avatar has been creating fireworks even before its release. Recently, the actor even shared a video from his dubbing session for the trailer of the film, which again left the fans in a tizzy. 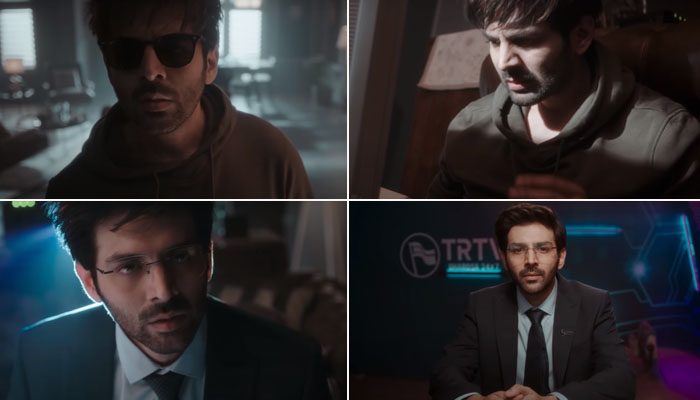 Now, during the Netflix Global Fan event which took place today, 25 September, Tudum: India Spotlight released a special mood promo of Kartik Aaryan from the film ahead of the trailer release. The video released by Netflix has excited the fans even more, and his fans can’t wait for the trailer of the film to be released.

Meanwhile, the makers of Dhamaka are leaving no stone unturned, work is on in full swing and the makers have wrapped up a 16-day shoot schedule in just 10 days by using multiple techniques. Director Ram Madhvani and his team are currently wrapping up the VFX part.

Dhamaka is a remake of the Korean film Terror Live, Kartik plays Arjun Pathak, a journalist, and anchor with Bharosa TV, who tries to salvage his reputation and a bad career graph with this situation.