Strong word of mouth has resulted in a terrific three weeks for the highly anticipated Hindi film De De Pyaar De at the box office. Aki Ali’s directorial this romantic comedy drama has passed its third week as well on a steady note after the two successful weeks. 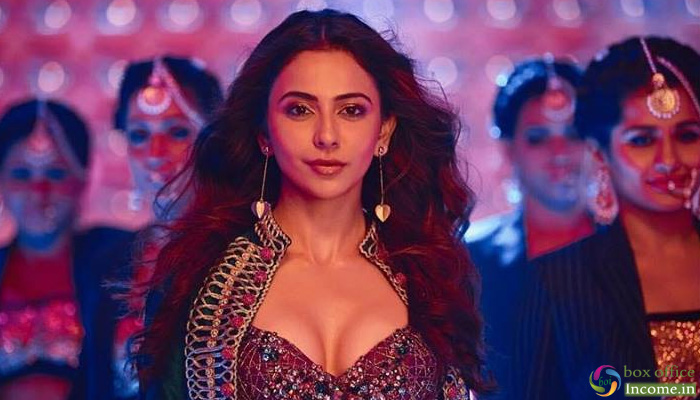 From the critics, De De Pyaar De had received mixed remarks, but from the audience it got mostly positive reviews and gained strong word of mouth. As a result, it remained unaffected opposite to the new releases.

After a good start, Akiv Ali’s directorial picked up very well over the weekend. By remaining steady throughout, it raked the business of 61.05 crores in the opening week. In the second week as well, this comedy flick showed solid hold and did the business of 23.44 crores.

In the third weekend, once again De De Pyaar De took a remarkable jump and bagged the amount of 8.59 crores that included 1.96 crores of Friday, 2.82 crores of Saturday and 3.81 crores of Sunday.

Then on weekdays, as usual DDPD witnessed a drop in footfalls but still managed to remain steady. On 3rd Monday, it collected 1.42 crores, 1.36 cores on 3rd Tuesday and 0.65 crore on 3rd Wednesday due to release of Salman Khan’s much-awaited film Bharat (Eid Holiday).