Superstar Salman Khan’s much-awaited Dabangg 3 has got failed to make any improvement in its business over the second weekend after the good opening week. Due to the release of Akshay Kumar’s Good Newwz, the action comedy drama is now struggling to attract enough audience toward itself in theatres. 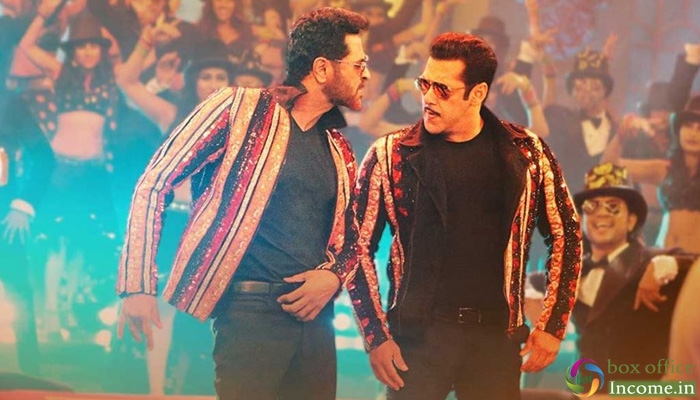 Directed by Prabhu Dheva, Dabangg 3 got failed to hit the target right and received mixed feedback from viewers. As a result, in the opening week, it registered the business of 126.55 crores which included 81.15 crores in the weekend and 45.40 crores on weekdays.

Salman Khan Films’ presentation’ had entered in the second weekend at a decent note and collected the amount of 3.50 crores on 2nd Friday. Then on 2nd Saturday, it showed a little drop and minted 3.25 crores. On the next day i.e. 2nd Sunday, with good growth, it has garnered the business of 4.50 crores.

Now, the total collection of the film stands at 137.80 crore and won’t be on the screens for too long as Ajay Devgn starrer Tanhaji: The Unsung Warrior will hit the theatres soon. Also, as per the current trend, it seems hard for Salman Khan starrer to remain steady on weekdays.