Gearing up for his Bollywood debut, Anmol Thakeria Dhillon turned into an instant favourite of the film fraternity with his poster and trailer release. Adding to the excitement of the debut, Anmol has now been showered with praises by the National Award Winning choreographer Kruti Mahesh, who has choreographed the songs of Tuesdays and Fridays. 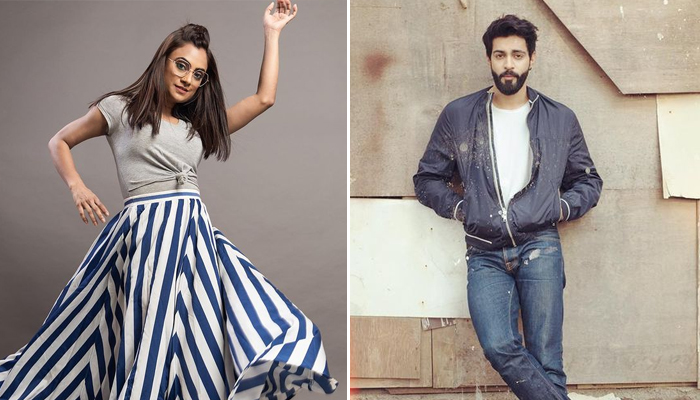 Anmol Thakeria Dhillon, son of veteran actress Poonam Dhillon, is making his Bollywood debut with Sanjay Leela Bhansali’s production ‘Tuesdays and Fridays’. After piquing the interests of the audience with the poster and teaser, the makers recently released the first song from the film which features Anmol letting himself loose on the dance floor.

Garnering praises for his high-on-energy performance by the masses, Anmol has proven his dancing prowess which has received a huge thumbs up from his choreographer Kruti Mahesh. The National Award Winning choreographer for Ghoomar, couldn’t shop gushing about the young actor.

Expressing her thoughts on working with Anmol, Kruti shares, “He is an absolute sweetheart to be very honest. He was dying to dance, since the day we got together, he was like ‘mujhe nachana, mujhe nachana’. Knowing him, you realise that he really enjoys dancing. He’s not one of those people who scoff to dance. It is evident in the songs as well, the way he dances you see that he is enjoying himself.”

Impressed by the dancing skills of the debut actor, Kruti Mahesh said, “Anmol is a very good combination of someone who can be agile despite being tall. He is amongst the people who makes dance easy, effortless and he is very light on his feet. It is quite refreshing to see someone like that today. I wish him all the best for every project here on.”