After an excellent opening weekend, Sushant Singh Rajput’s latest offering Chhichhore is heading steadily on weekdays. Despite the incredible run of already-existing Mission Mangal & Saaho in the parallel, it is getting a good response from the audience in metro cities. 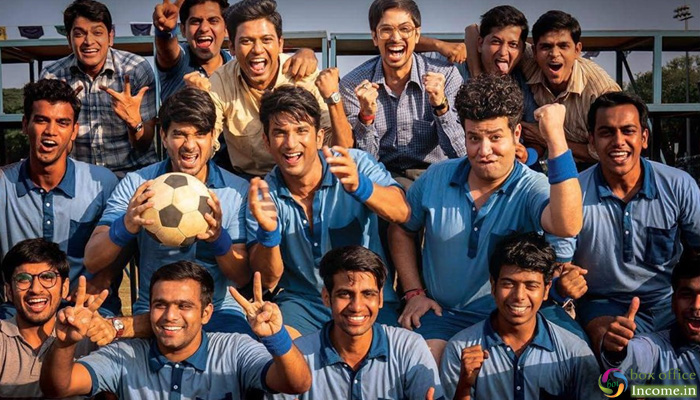 Directed by Nitesh Tiwari, the Hindi college buddy comedy has received mostly positive reviews from the critics because of its entertaining storyline, convincing direction and excellent performances given by the leading actors.

The Collaboration between Sajid Nadiadwala led Nadiadwala Grandson Entertainment & Fox Star Studios was opened at an decent note but managed to take good growth post noon shows and registered the 16th highest opening of the year so far in Hindi Cinema with 7.32 crores.

Over the weekend, Chhichhore recorded a healthy jump and raked the business of 12.25 crores on Saturday & 16.41 crores on Sunday. Now the movie is running on weekdays and still has a very good hold over the audience across India.

On Monday, it faced usual drop and minted the amount of 8.10 crores. The film showed growth due to a holiday and had minted 10.05 crores on Tuesday & 7.20 crores on Wednesday. After 6 days, the total collection of Chhichhore has become 61.33 crores nett at the domestic box office.