After the three fantastic weeks, the Hindi college drama Chhichhore has started the fourth weekend at a steady note despite having a biggie Ayushmann starrer Dream Girl in parallel. With a fair jump in footfalls on its 4th Saturday, the film has gone past 139 crores nett at the domestic box office. 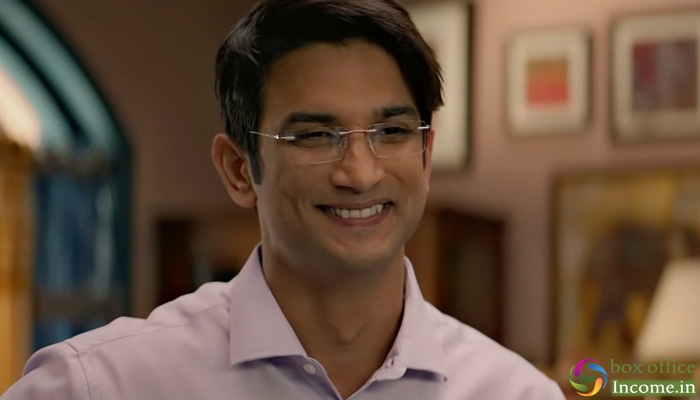 Directed by Nitesh Tiwari, Sushant Singh Rajput, Shraddha Kapoor and Varun Sharma starrer has got succeed to entertain many in theatres and gathered a good word of mouth. As a result, it did the business of 133.53 crores in the last 3 weeks that included 68.83 crores in the first, 40.47 crores the second and 24.23 crores in the third week.

Jointly produced by Nadiadwala Grandson Entertainment and Fox Star Hindi, Chhichhore is now running in its fourth week and started the weekend at a good note. On 4th Friday, it takes good jump and minted the amount of 2.37 crores.

On the next day i.e. 4th Saturday, Chhichhore showed a little more jump and bagged the amount of 4.32 crore. After 23 days, the total collection of the film has become 140.22 crores nett at the domestic box office. The film is a major superhit for all involved and one wonders where would it have gone if not for Dream Girl arriving just a week after its release.

Chhichhore, which also features Tahir Raj Bhasin, Tushar Pandey, Saharsh Kumar Shukla and Naveen Polishetty in pivotal roles, will face competition from Hrithik Roshan-Tiger Shroff starrer WAR, but that too has a long way to go.