The audience have already shown their anticipation towards witnessing the theatrical experience once again and few producers too have taken the responsibility of providing them with the surreal encounter with cinema halls. Producer Anand Pandit has vowed to be the saviour of cinema buffs by releasing his upcoming thriller “Chehre” on the big screens. 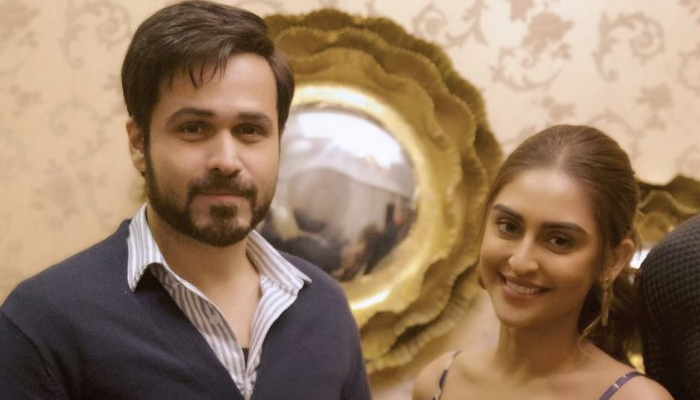 Post the release date announcement and sharing a few glimpses of powerful dialogues promos from the movie, the makers are back again to tease the audience with a songs teaser. Amitabh Bachchan and Emraan Hashmi starrer “Chehre” is successfully building the curiosity among the viewers by dropping bits and pieces from the film every now and then.

The new song teaser has Emraan Hashmi nudging the audience about the upcoming song “Rang Dariya” which is scheduled to release on 18th August, 2021. The actor is seen in a quirky mood, crooning a few lines from the song. All this teasing and excitement of the audience will be put to ease when this romantic melody from the film will touch their hearts.

Starring Amitabh Bachchan and Emraan Hashmi in the lead, ‘Chehre’ is produced by Anand Pandit Motion Pictures & Saraswati Entertainment Private Limited. The film is all set to release in theatres on 27th August 2021.